Not Allenbanks But Hadrian’s Wall 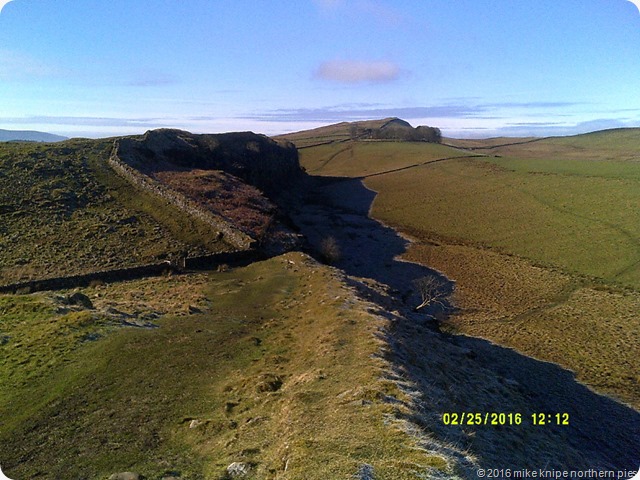 We’d set off hopefully from Dawn’s Dockside Den for Allendale, in particular the Very Lovely Allenbanks – a long and deep wooded glen just a bit to the left of Hexham. But it seems that the stormy winter has done for the paths in Allenbanks and it’s closed to the public for Health and Safety reasons. There was a barricade. We couldn’t get in. 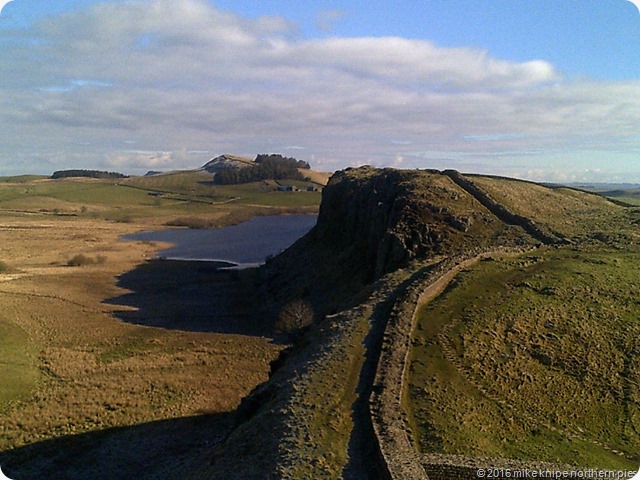 So, not feeling specially adventurous in terms of an unwillingness to tackle tracks teetering on brinks of enormous and loose drops over deep and rushing (and cold) water,  we decided to have a ramble around Hadrian’s Wall, which isn’t really all that far away and appears on the same Ordnance Survey map, thus saving any chance of getting lost, or, at least, reducing those chances fairly significantly.

So we went to Peel Crags car park which hovers above Twice Brewed and gives immediate access to the parts of Hadrian’s Wall which march over some of the more bumpy and craggy bits. 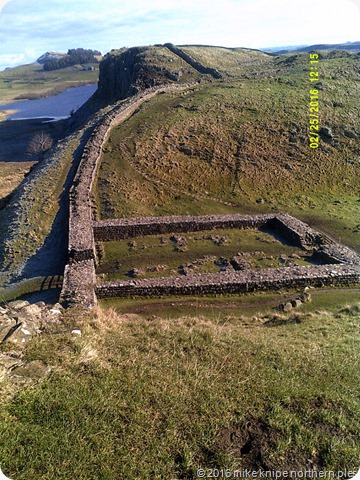 We rambled for a few miles in a generally Eastern direction. The sun shone brightly and the light breeze from somewhere around Greenland insinuated itself into our thermals whilst the muddy path was frozen solid and made easier and cleaner than would otherwise be. In fact, we followed the Pennine Way and persisted with this strategy when it veered North away from the wall in the rough direction of Bellingham in favour of some bogs which weren’t properly frozen and provided an awkward obstacle. 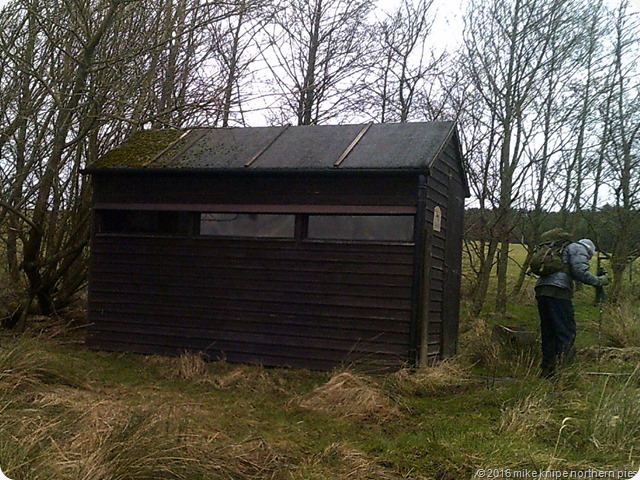 And then, after getting our feet wet, we turned West,  following the very same pastures that the Wednesday Walkers Walking on Saturdays group had followed last summer… or whenever it was.

Second lunches were enjoyed in the bird hide at Greenlee Lough. It was warm inside the hide, but despite this, no birds were found hiding in there. It’s not surprising, really, since previous visitors had secured the door. 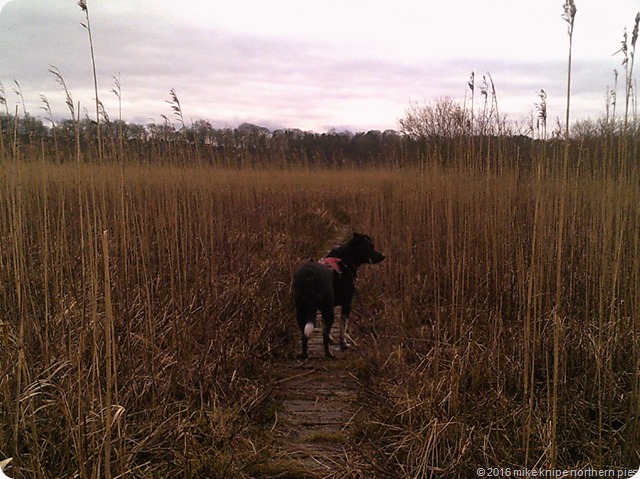 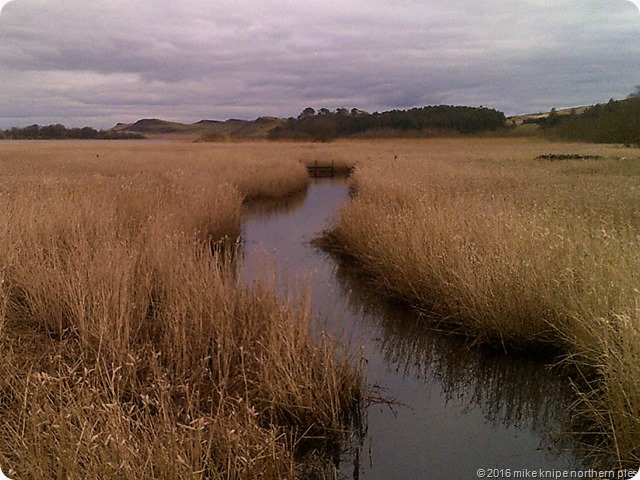 We continued over the moss crossed on extensive duck-boards and finally, through pastures containing friendly tups and Highland cattle to the road back to the start.

On the way back to The Docks, we bagged the minor, almost road-side Tump of Harlow Hill, the most interesting aspect of which was a Tawny Owl, quartering the woods and the bunkers for innatentive mice.

I measured this jaunt as 8 miles. Dawn said it was ten. Dunno why there’s a difference…. 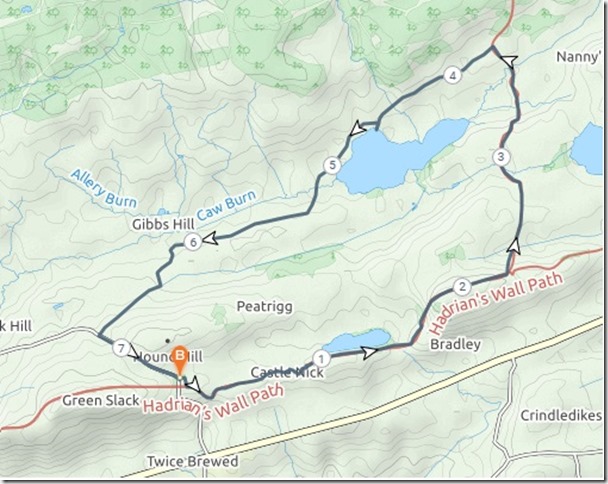 It where 'a reet gid wak,' whatever we did Mike

A nice section of HW with plenty of ups and downs! I suspect there were a few less people about than when we walked that section last September. It was difficult to take a photo without a crowd!

Did you know that there is one of those Kielder Wild Camp Spot Thingys near Green Lee Lough? Dixie and I camped at it when we did the Pennine Way. It was quite pleasant. Hadrians Wall was full of coach loads of folk when we did that bit though. And too much up and down (according to Dixie).

Hello, I believe we briefly met you at a section of up and down wall near Once brewed. I had read your blog before going up to Northumberland for four days (we stayed next to Vindolanda).

We were the young Yorkshire couple (from Ripponden) with the young tricolore border collie. I was sure it was you but not sure enough to mention i knew who you were. The internet is an odd thing.

Hello Tidyaron - Now you mention it, it was indeed me, the pooch and Dawn and I remember you and your collie (nice dog!). Lovely day eh, if a bit draughty around the milecastles. And in fact, the very next walk I went on was around Ripponden (!) Who would have thought it....? Thanks for reading the blog by the way...

Chrissie - You'll have to tell me where the wild camping spot is...