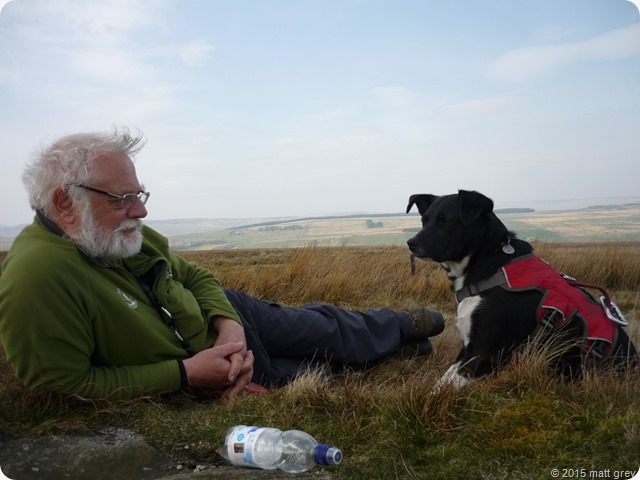 Lucky arrived at Pietowers on 2 August 2014 as a replacement to poor old Bruno the Superdawg who had died at the end of May.

So, it’s now his official second birthday too – him arriving, as it were on his first birthday and so I just thought it would be interesting to review his first year and to see what he’s making of his new life here in the Centre of Pies….

Soooo…. mainly pics of some doggy landmarks for this great little pooch wot has really settled in to life at Knipetowers and the constant obsession with tasty pork-based products and Kylie’s bra… 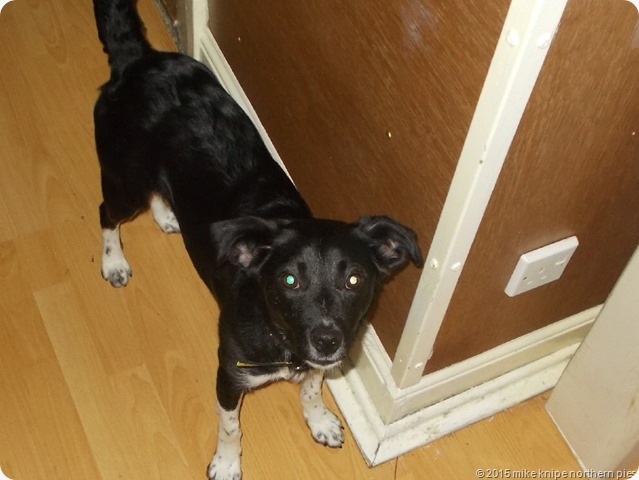 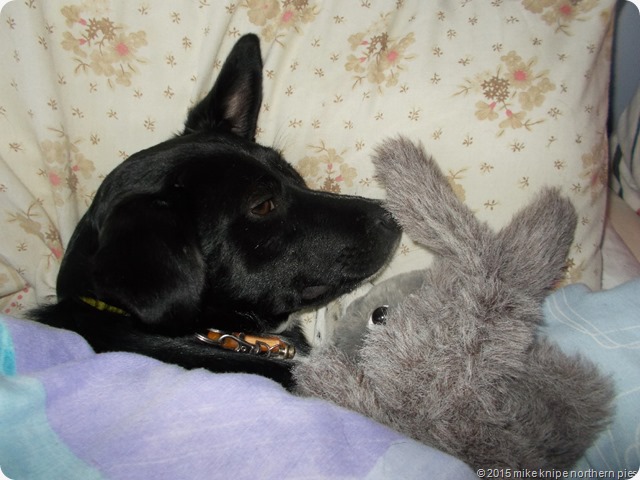 At the end if a hard first day. The wabbit failed to thrive, incidentally. Spontaneously fell to bits, apparently – according to the dog. 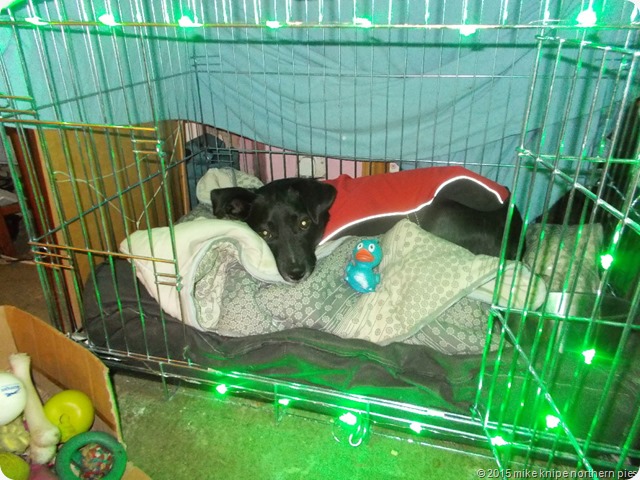 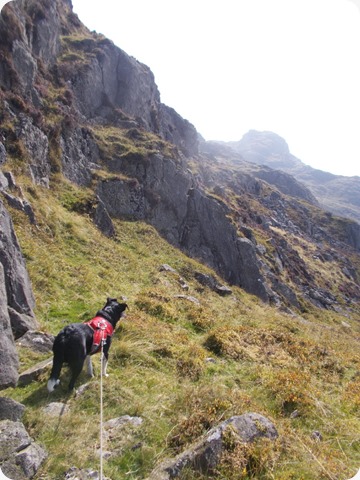 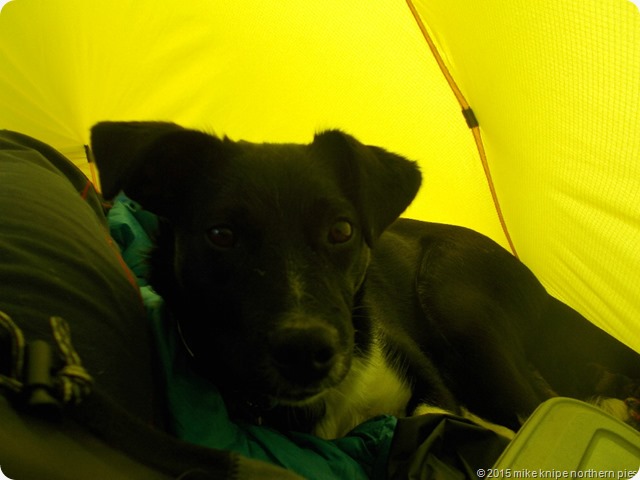 Lucky forms a positive view about life inside an akto 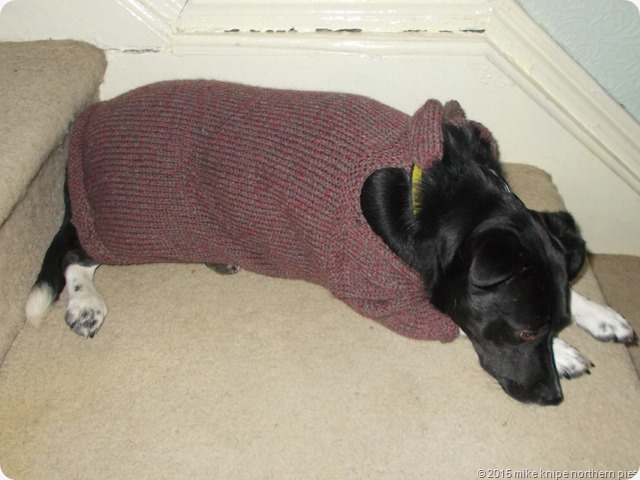 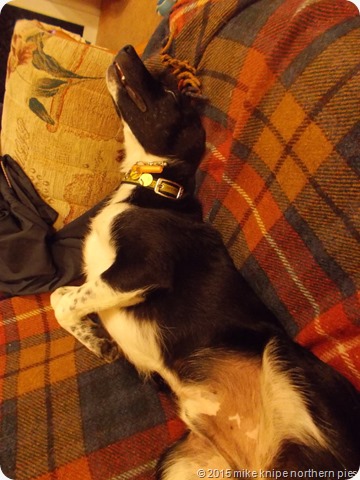 On hols near Aberystwyth 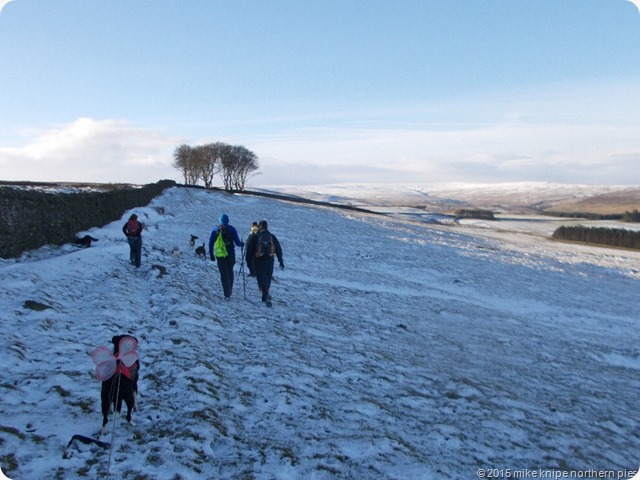 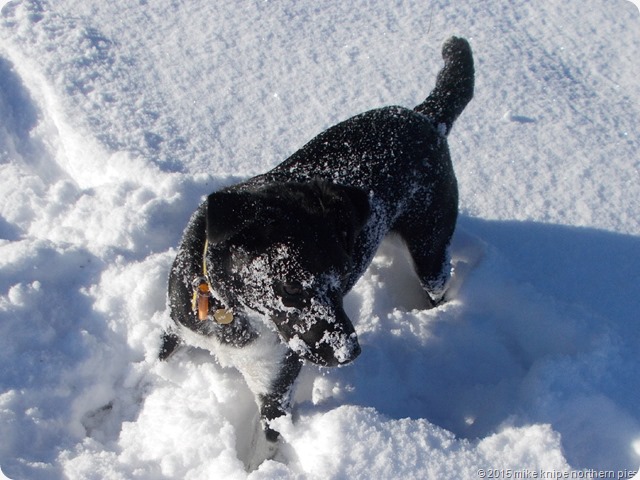 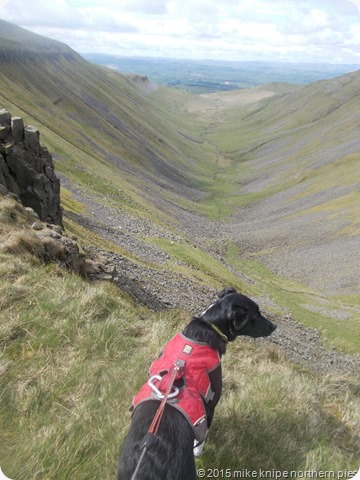 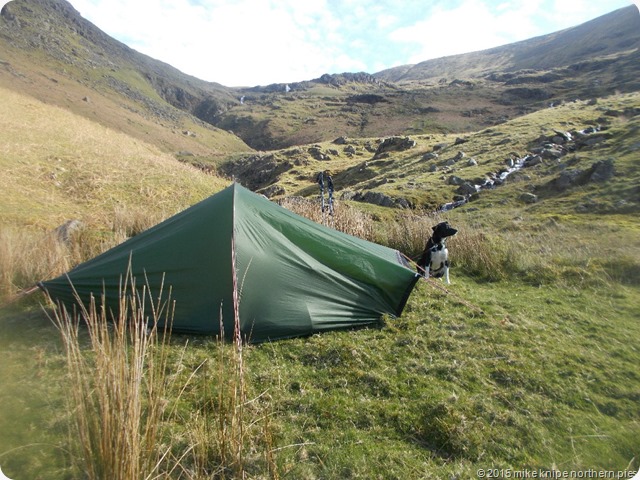 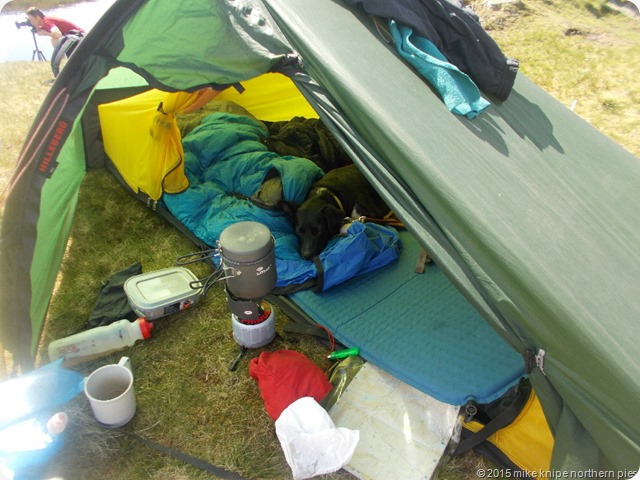 Chillin in the akto at Angle Tarn 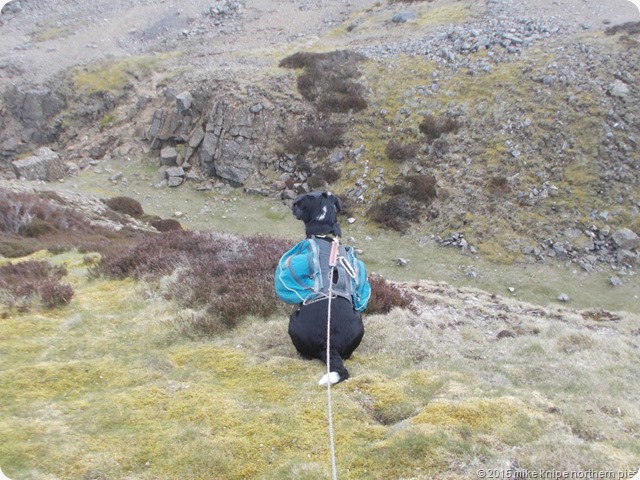 … suddenly realises that life’s not so bad, really… 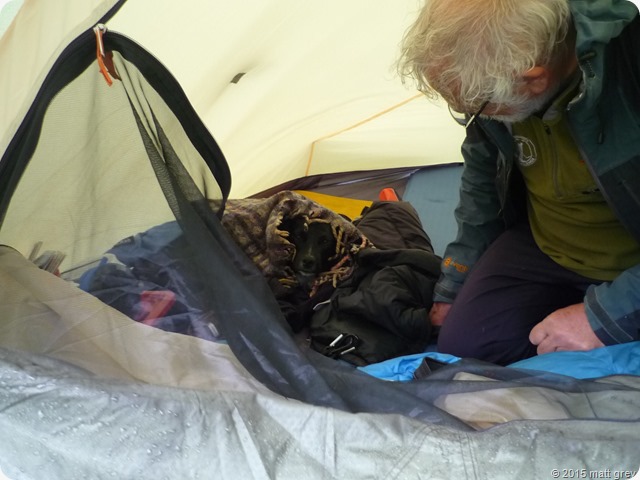 Snuggling down in the Vaude

Thats all folks – here’s looking forward to an even better Year 2..

One Girl and her Dog said...

He's so gawjus Mike. Hope he has many new adventures this year.

Lucky has really come (and gone) a long way in only one year! Wishing you both a brilliant Year 2.

Fantastic, Mike. He is a lucky dog.

It's a dog's life as they say.

Brilliant Mike, he is one fantastic dog who had the luck to end up in a fantastic home.

I bet he's sooooo glad he chose you as his Human.
Don't think he was too happy that morning out camping at Kirkcarrion though, when Tilly stole his breakfast.....
Funnily enough, she stole Reuben's breakfast a few days back, too.....

He's done really well, and he's already got more "ticks" on Hill Bagging in one year than me and Little Brenda have over a number of years!

You've got a smashing dog there, Lucky is so Lucky. I love seeing pictures of him.

Fantastic! I hope i'll be able to take my dog on walks like this!