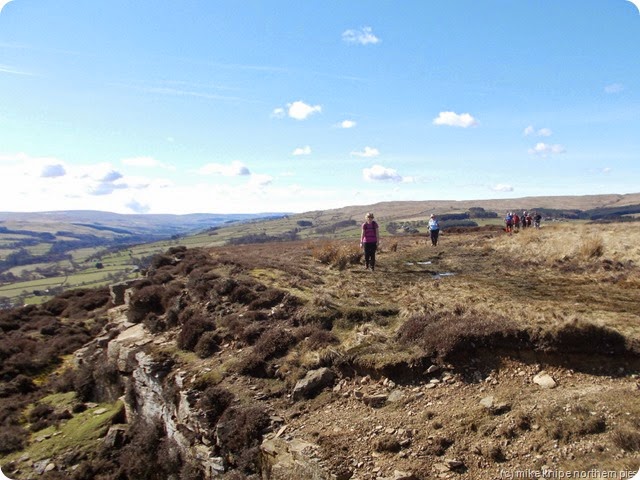 Over the past few days I’ve been exercising myself and several other people on guided walks around Weardale.

Really really attentive readers and any living in Roddymoor might remember a recent kerfuffle concerning access to Kitty’s Wood – a landscaped and wooded area covering part of the site of the huge industrial complex that was Roddymoor Colliery. Kitty’s Wood was recently sold by Durham County Council and subsequently fenced off by the new owners. This upset the locals two knickers and , following a relatively brief campaign seven new public rights of way were created in Kitty’s wood and my walk on 1 April was to explore these new paths. As this would have been a very short walk indeed, if the new paths were the only objective, I extended the trundle to include diverted paths alongside the now closed and re-landscaped area of Opencast mining just a bit North of Roddymoor and the very lovely Durham Wildlife Trust nature reserve at Stanley Moss which is bounded by a windfarm. 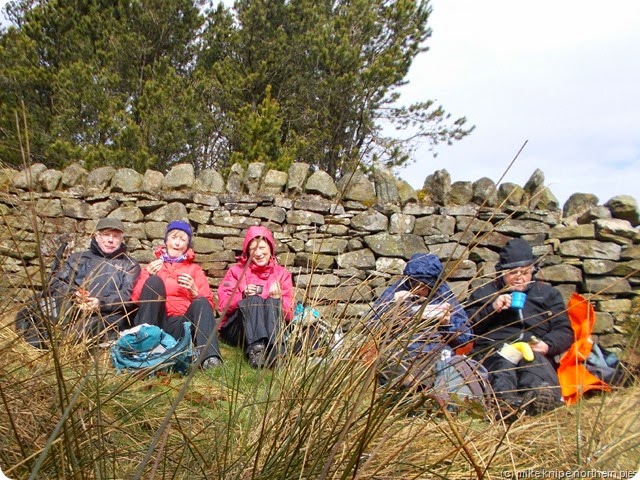 So that’s what we did.

Compulsory Dave was the steward, assisted by Neville and Eric, plus 21 punters, many of whom were also Durham Voluntary Countryside Service peeps. 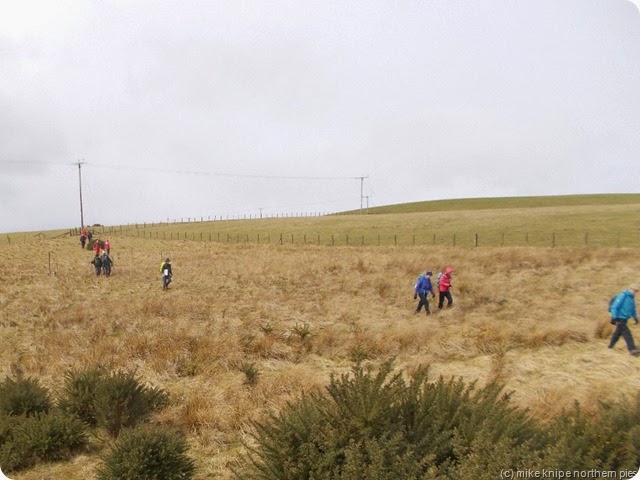 It was a cold day and there was a shower at lunchtime which meant that people distributed themselves amongst the trees and gorse of Stanley Moss to get out of the wind and stay almost dry. Stanley Moss woodland is capable, it would seem, of hiding huge numbers of human beings…

Anyway, this was a walk which is new to the walks repertoire – about 7 miles and fairly easy going if you ignore the mud in Kitty’s Wood and the prickly gorse on Stanley Moss. Its nice to do something new and I have another new one later in the year.

Me and Lucky The Dog did a reccy on a perishing cold day a few days earlier. 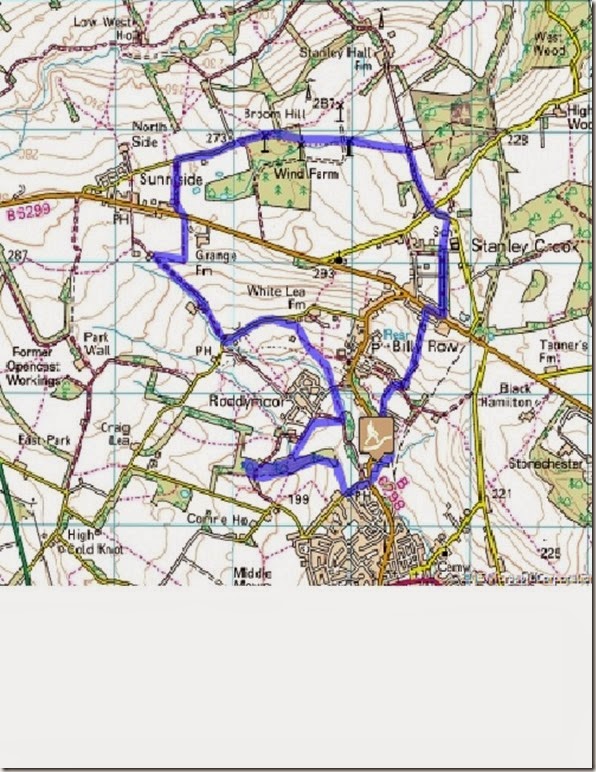 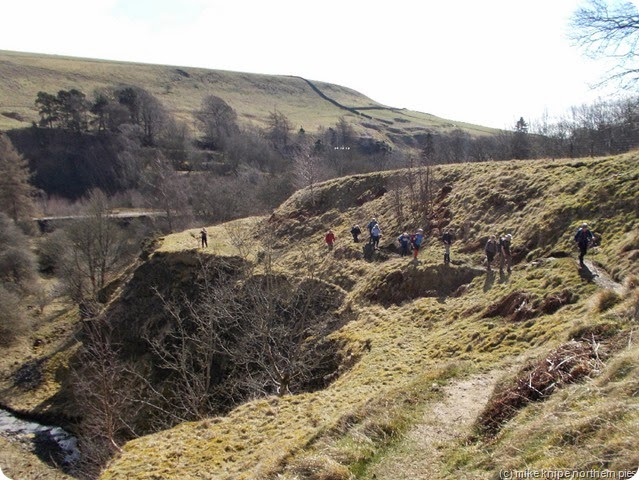 Next up, on Easter Sunday, was a repeat route from Stanhope which links Stanhope Dene with Shittlehope Dene. 15 people and a small dog came for this one, including the stewards Anne (not compulsory..), Diane and Ralph. I think we’ve done this route three or four times now.

And we managed to not get tangled up with Durham ramblers who started their 7 mile walk at the Grey Bull (maybe we should start and end a walk here!) and were a little ahead of us till they turned off. 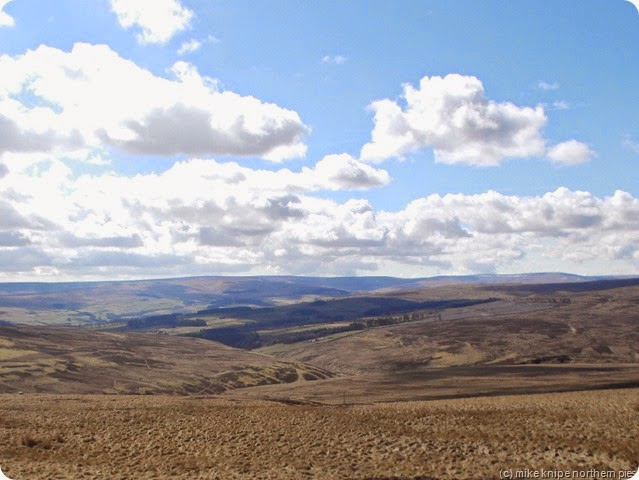 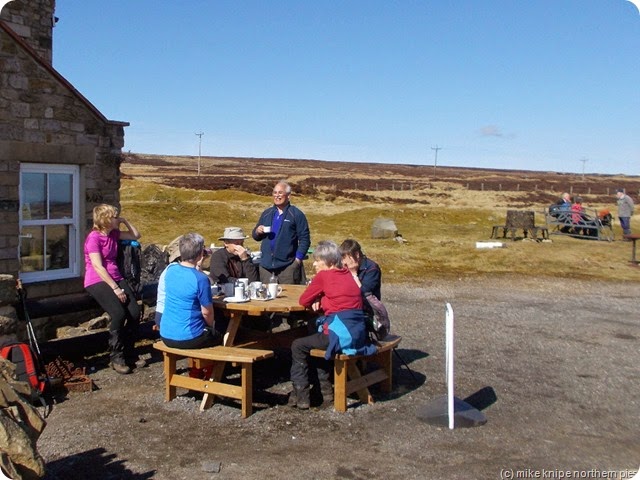 We headed up Stanhope Dene in warm sunshine, teetered up the upper part of the glen past the salmon pool and up the long pull up to the CtoC railway line, calling at  the very busy Park Head for “tea”. My “tea” was fizzy and about 4% by volume… 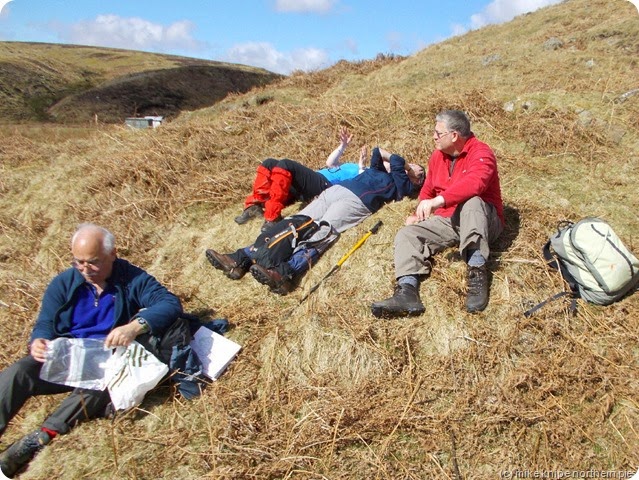 It actually  got quite hot in the sun, unlike the reccy at the end of March which was nithering to say the least and involved some very small patches of snow. Lucky ate some of these. Whereas on Sunday, we had a nice, long and relaxed lunch whilst soaking up the sun before bashing our way up the hill to Park Head. 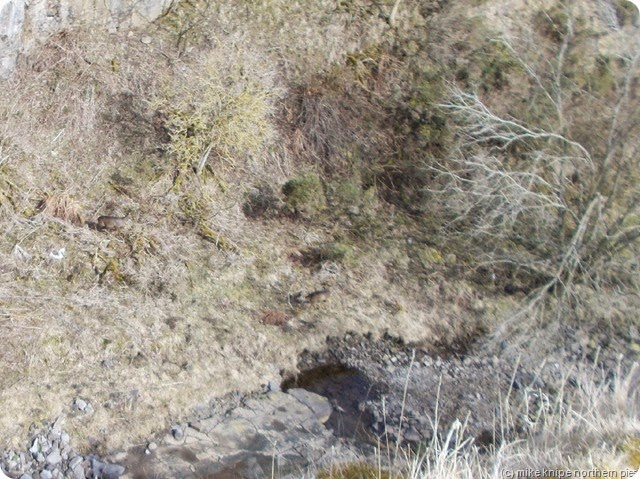 On the reccy, as  a solo walker, albeit with a canine, I spotted at least four deer in Stanhope Dene, two of who ran on a parallel course to mine and another two were in the bottom of a quarry and were unaware of me or the dog at first. nevertheless, my photo of them has them almost invisible. Play spot the deer with the pic above. 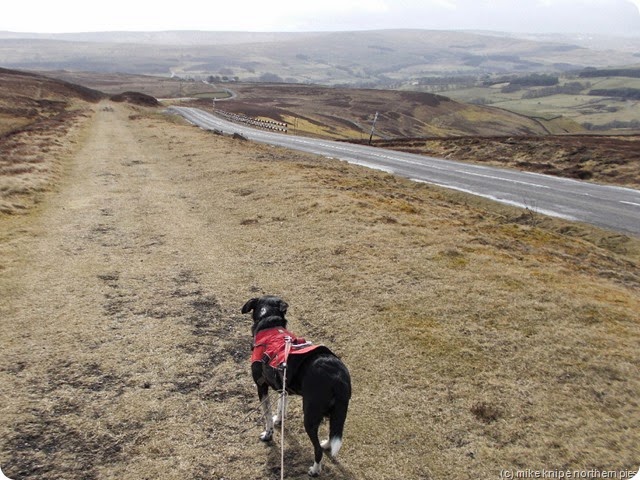 We used the Crawleyside incline and Crawleyside Edge to link up with Shittlehope Dene which had lots of slippery mud and some primroses which have the early makings of a fine display.

This one was 9 miles

That’s 375 man-miles and 9 dog miles altogether – unless you count the two reccies, in which case it’s 392 man miles and 26 doggy miles.

I see the deer!
Glad you are having such nice weather for walking...hoping for some here soon, as much of the snow is melting and I can even see the forest floor here and there.

Looking good Mike. What a change to be getting some decent weather.

A nice mixture of terrain for your walks.