Shutlingsloe and the TGO Challenge Gathering at The Snake Pass Inn I left the pooch in chewing his kong (this is not a euphemism by the way) and in the tender care of Mrs Pieman whilst I pointed the knipemobile down the M1 as far as Barnsley, at which point I turned right,or as in Mrs Pieman’s navigation instructions,  “up” (as opposed to “down”, which is “left”) towards Manchester, only stopping on the moors above the fine city of Penistone for the bagging of Hartcliff Hill, and again, a bit later and a bit further on for the bagging of the diminutive Tump, Whitwell Moor.  Hartcliff Hill is remarkable for the tower on it’s top, which is climbable providing you’re not too bothered about pigeon poo and Whitwell is specially popular with dog walkers, it seems, if you catch my drift. 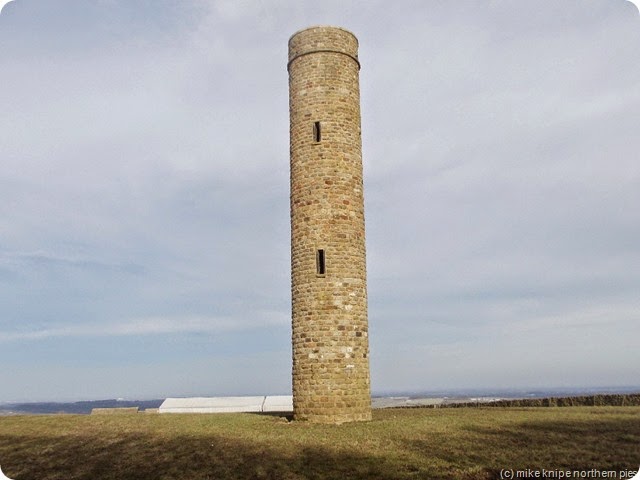 And then, having satisfied my Tumplust, I pressed on to the public bar at the Snake Pass Inn where various TGO challengers had installed themselves for a convivial evening talking about Sgurr Wotsit and Beinn Oojibar, that stormy night in the Queen Mother’s bothy and that particularly rowdy evening in Braemar where somebody recovered consciousness up in a comfy bed in Denmark dressed only in a pink nighty and a bobble hat. 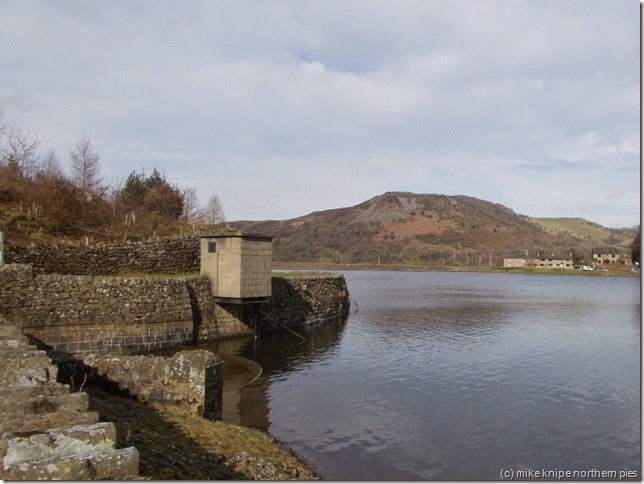 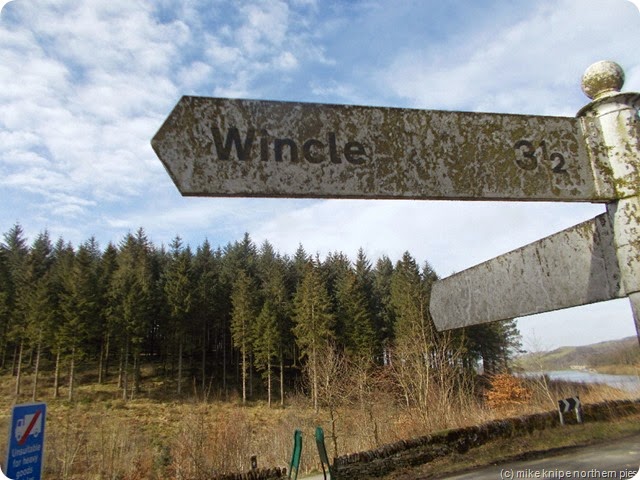 And the next day it was Saturday, the day for co-mingling with Geoff and Chrissie for the bagging of the elusive but shapely HuMP and Dewey, Shutlingsloe – a hill I’d failed to approach near enough to claim the tick on at least two previous occasions. So today, I pointed the knipemobile over the Snake Pass arriving at Castlecrowther a bit later. 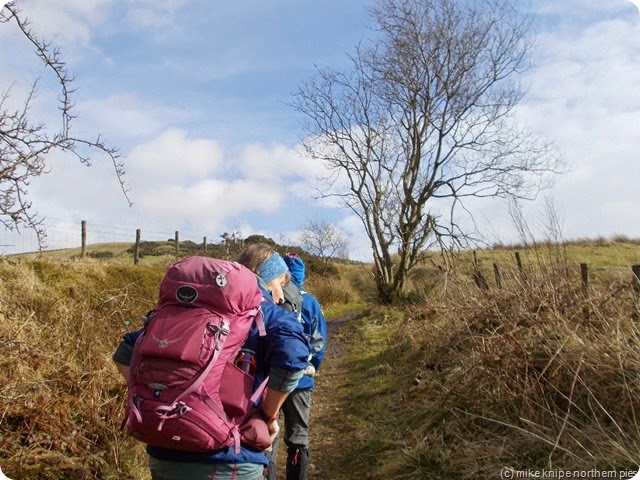 Geoff and Chrissie, or , possibly, Chrissie and Geoff had a route already planned and so we did that – and a good job too, given my previous record of non-attainment in the  climbing up Shutlingsloe department. And very nice it was too – seven miles of that specially extended type of mile they have in the Peak District – even longer than Yorkshire miles amongst green fields where early spring skylarks sing in a blue sky and sledging is strictly prohibited and everybody except us has a cute dog with them.. 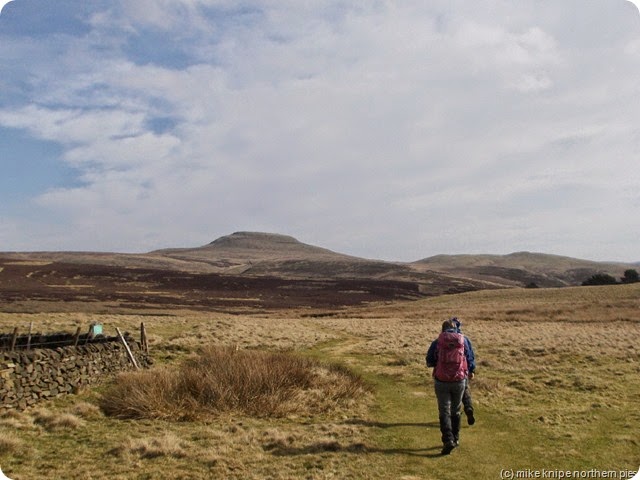 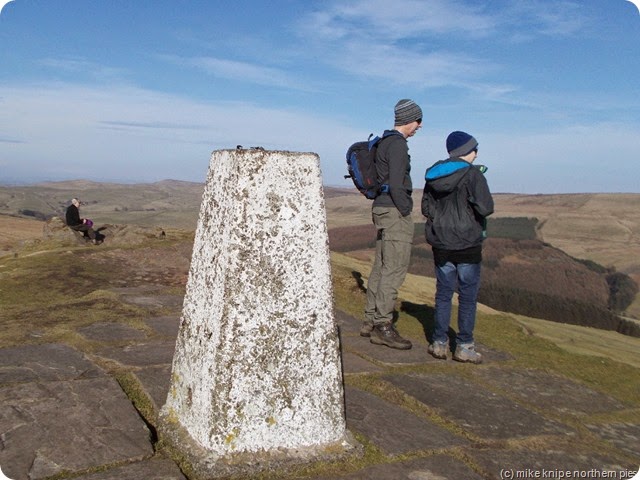 So, we had a nice trundle around the sledging fields of Cheshire and Chrissie’s account of the day appears on her blog, a link to which appears at the end of this account and which is a better account than this one…

Afterwards, we repaired to Castlecrowther for mugs of tea and cherry flapjack. 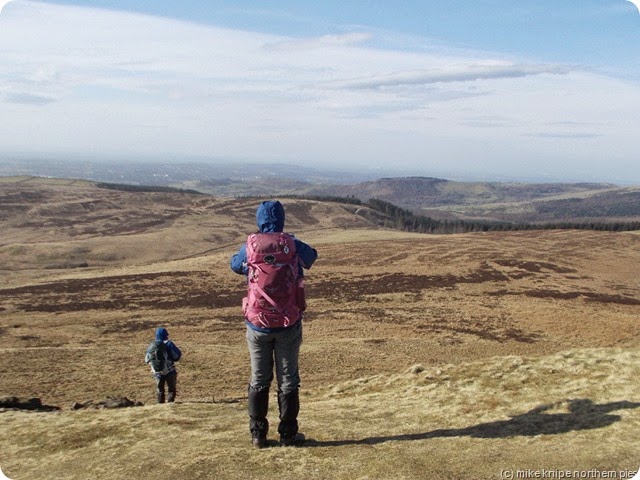 Meanwhile, back at  the Snake Pass Inn, heroic deeds were taking place in the kitchen, where an enormous and delicious meal was being prepared. This scoff was in such plentiful supply that afterwards I couldn’t drink enough beer, and, in fact, just moving towards the bar could possibly have been fatal, I thought.

So it had to be whisky.

Then it was Sunday and time for home and to see if Lucky had been good or naughty. (He’d been both , as it happens) On the way, I bagged Wharncliffe Chase in some drizzle – probably not the best day for this sort of thing, but you don’t get to drive through Grenoside every day innit? 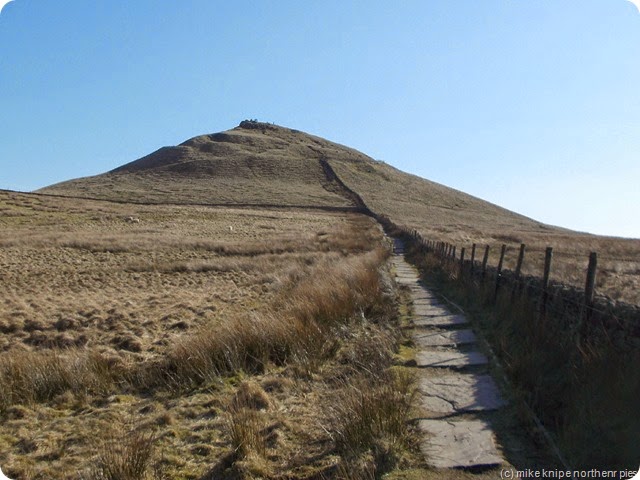 I could have taken the dog, as it happens. There was another dog present, and he spent dinner time quietly under a table (I often find that quietly under a table at the end of a convivial evening is quite a comfy and peaceful spot as it happens) There could have been some initial barking between the two, but by Saturday any doggyspats would have been sorted out, I’m sure. Anyway, it was nice to see some familiar TGO chally faces again and I’ll likely do this gathering again ---  and I’m  certainly inspired to apply for the TGO challenge next year. I have a route in mind, in fact…. 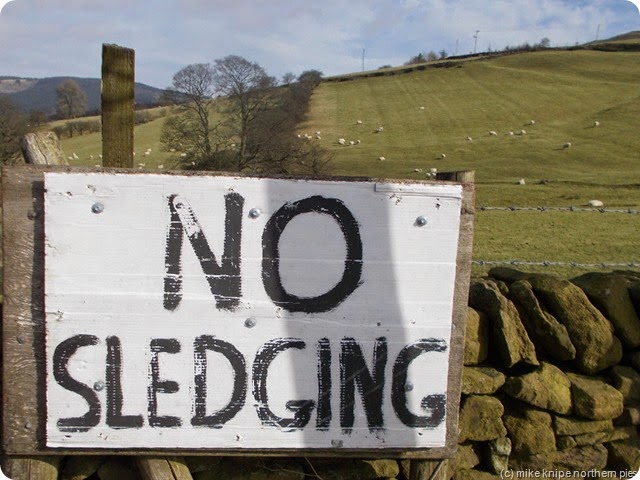 Finally – I’m more than gruntled to see that people have been bunging cash into the virgin money-giving account and I’d like to thank Sally, Hilary and Pauline from Chestnut House for their kind donations. (I wonder if Chestnut House’s Personnel Department floor has collapsed yet by the way?) I should try to encourage this type of behaviour, really….

I’ve not done a map because I’m not entirely certain where we went.

Isn’t sledging abusive banter? Normally carried out in a field of play. Maybe the nice farmer is protective of his flock.

Sounds as if you had a grand time Mike.
An apology, I mentioned on Chrissie's blog that you appeared somewhat serious, now I realise it was that look of steely determination!!

Do you know, I don't think my bum looked too big in those trousers at all.