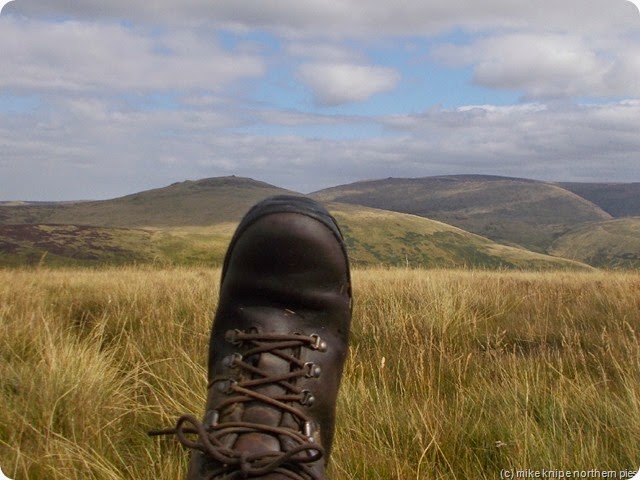 I’ve managed to sooth the dog’s car nervousness to some extent by having him travel in the front footwell. Here , he can snuggle down with a mat and get a bit scared by the windscreen wipers (dhuhh…)

Anyway, we pointed the knipemobile up the A68 through Jedburgh and along the top side of the Cheviots to Kirk Yetholm to a small parking area by Halterburn – just where the Pennine Way finally leaves the hills for the last hugely steep killer drumlin before the end – many Pennine Wayfarers will have done a bit of swearing whilst heaving their tired limbs over this evil lump.

Which is why I parked on the other side of it. 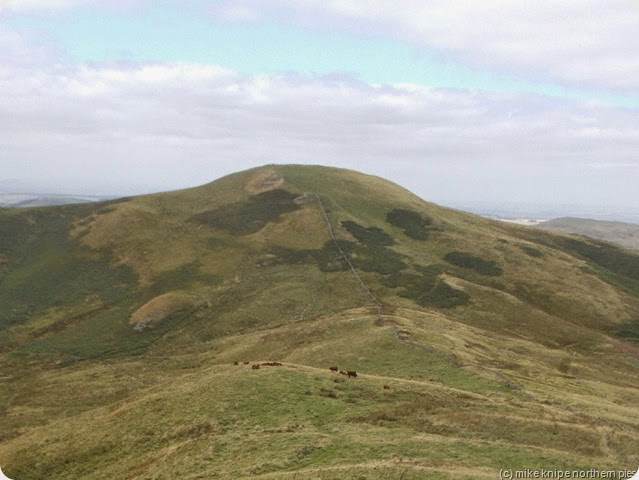 We wandered up Halterburn on the PW low-level alternative and, at the ruins of Old Halterburn we rushed off to bag the 400 metre TuMP Latchly Hill. This was very nice. 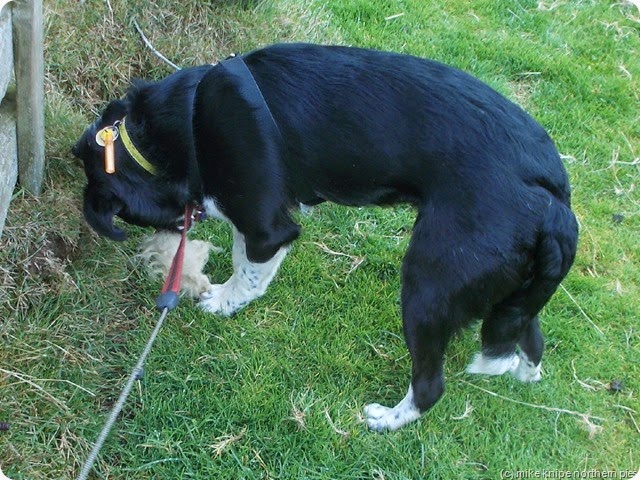 On the way up, Lucky tried to sabotage my vet’s fees budget by scoffing what appeared to be a sheep’s tail. I should add that I spent a large number of my very own spondoolies, plus ten days of serious mopping and swilling  whilst curing Lucky’s NODS(new owner diarrhoea syndrome.) 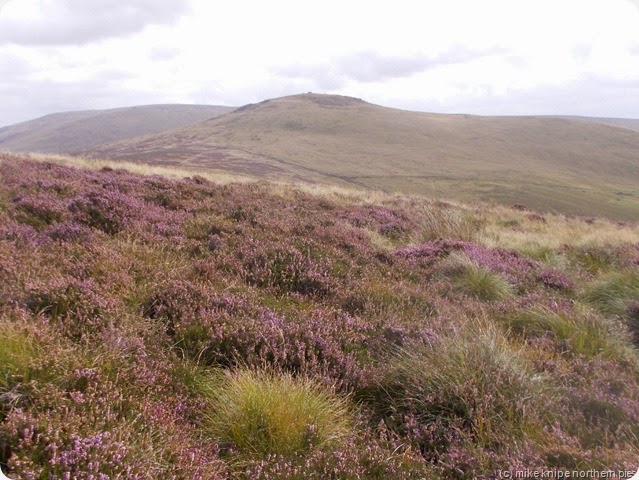 We tarried not on Latchly Hill, but continued past a happily relaxed herd of red-coloured cattle up to the pass between Black Hag and The Curr. Here, on some comfy heather, we lunched. (I lunched, Lucky snoozed in the sun) 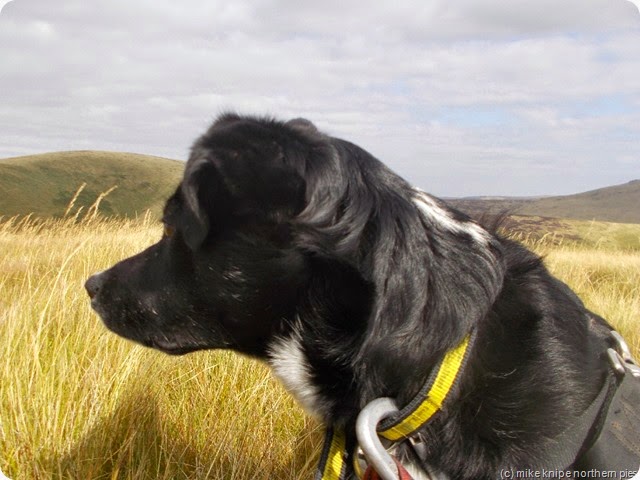 The next but was a little complex. A thin path leads off around The Curr and ends up on the other side. From here, a better path descends a bit, past a pen full of partridges and partridge shelters and stuff (Lucky very interested in these…) to a gate where an assault on the east face of Blackdean Curr can be made. Blackdean Curr is a rounded hill of some 501 metres and has comfy grass on the top where time can be spent scoffing chocolate and oranges (me) and Winalot biccies (the pooch) 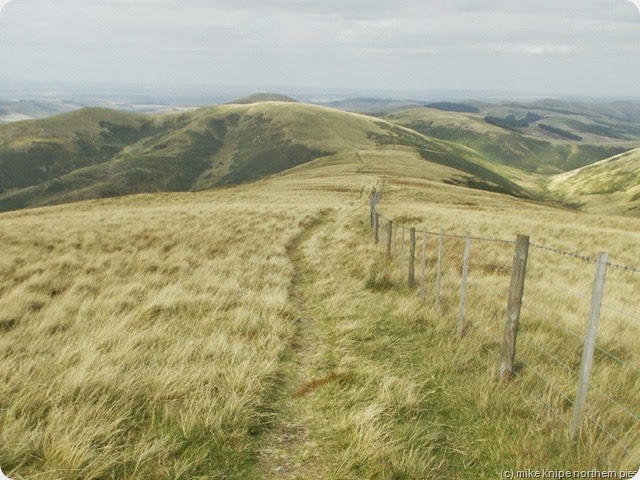 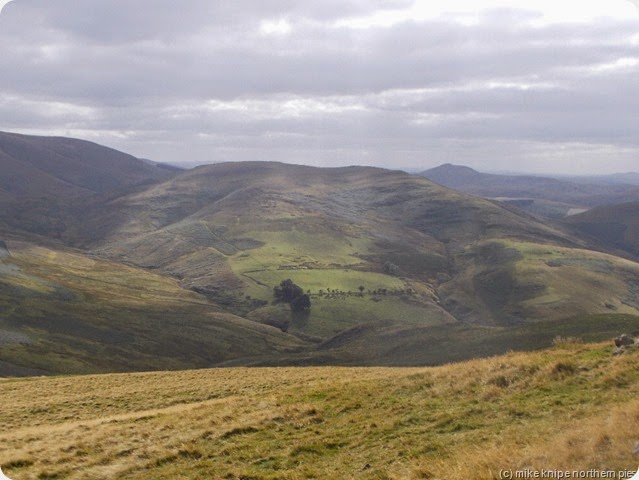 We returned whence we came back to the The Curr/Black Hag bealach. From here, it’s a short lurch to the Pennine Way high level route which follows the border fence. It’s easy going on grass and is really quite good fun if you’re not carrying a huge pack and have just walked from Byrness, which I hadn’t, of course. 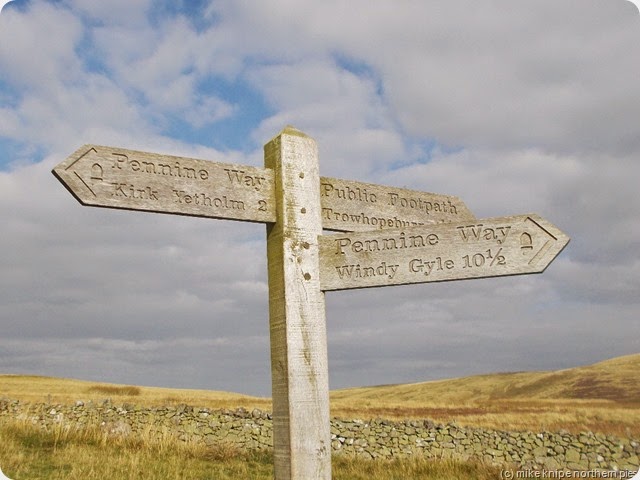 At the point where the PW starts to descend, we circumvented a large herd of black cattle by a contouring route and bagged the small but interesting Green Humbleton, a 287 metre TuMP with a  an ancient defensive double ditch system ringing the summit. 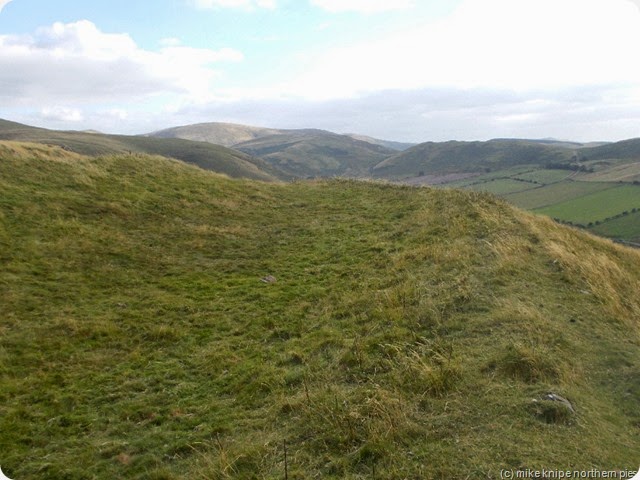 We were soon back to the knipemobile and back on the road back to England.

The walk was ten earth miles and 2800 feet of ascent. 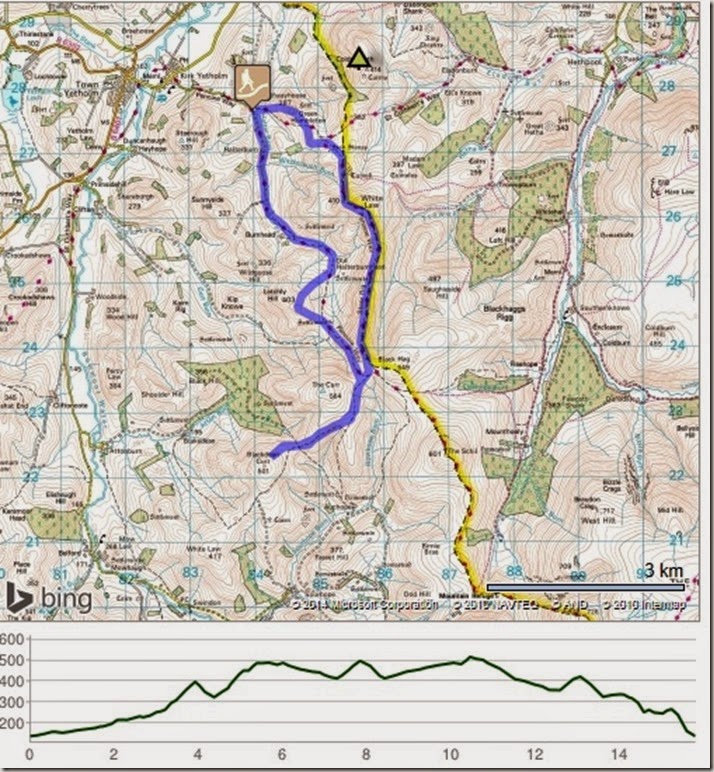 Ah yes, Halterburn, met many black cows with calves there. A lovely area that Mike.

That new doggy will never learn to drive if you keep it in the footwell...get it behind the wheel!
JJ

Always enjoy your blog, that dog is indeed 'Lucky', to have someone who cares for him that much!