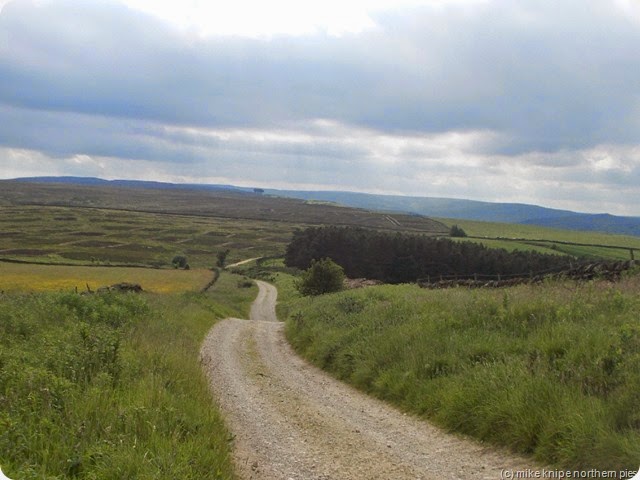 Back in 1986, at exactly this time of year, I lead a sponsored walk, for the purchase of an NHS body scanner for Bishop Auckland general Hospital. The walk took two days and started at Wolsingham, followed the Weardale skyline to Killhope Cross, some 27 miles West, and then jinked about a bit, but, basically followed the Northern Skyline back to Wolsingham, a further 23 miles later.

I decided to do it again. 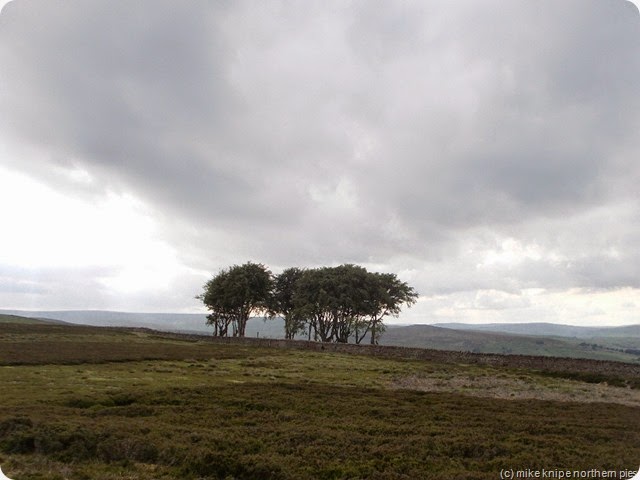 And so, last Thursday afternoon, Mrs Pieman transported me to Wolsingham and I walked up the steep hill towards Hamsterley and turned off on the well-worn and popular path to the famiss Efelent Trees woth everybody in Weardale knows and loves and just a bit past there, set up the basha  in the sheepfolds at Wager Head. This was where me and the son-in-law had a windy camp-out some months ago. 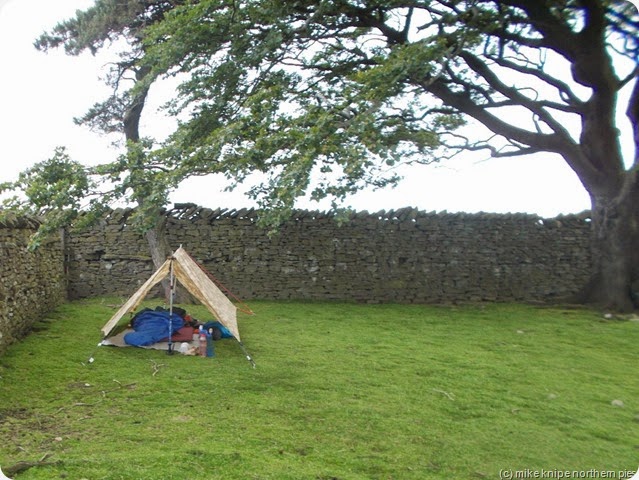 The grass has regrown inside the folds and so at the moment it’s a pleasant spot to camp and listen to the radio whilst watching the aircraft going past overhead. The world seemed specially hushed tonight and only a wandering Jack Snipe humming away all night added any atmosphere.

This place is on the edge of the dales and the lights and masts of County Durham as far as the Tyne sparkle on one side whilst on the West there’s no lights, just a kind of mid-summer afterglow which pretty much stays all night. There’s a period of proper darkness which lasts, maybe an hour or so before the Eastern sky starts to lighten. 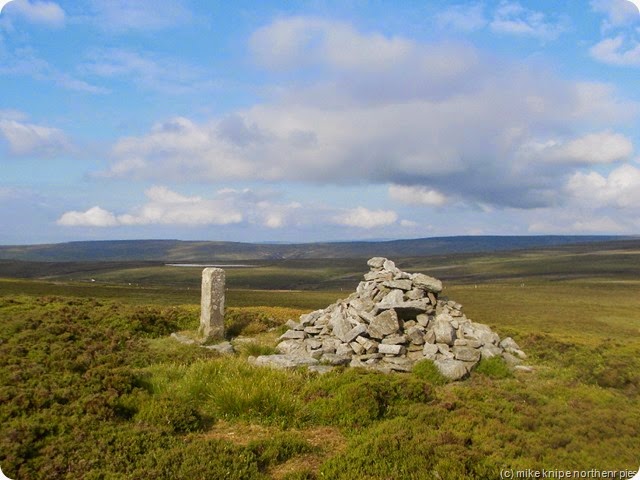 On Friday I headed South-West on a good path which joins an estate road which then dumps the walker in a sea of heather for the climb up to the Long Man – an old currick overlooking the Eggleston Road. 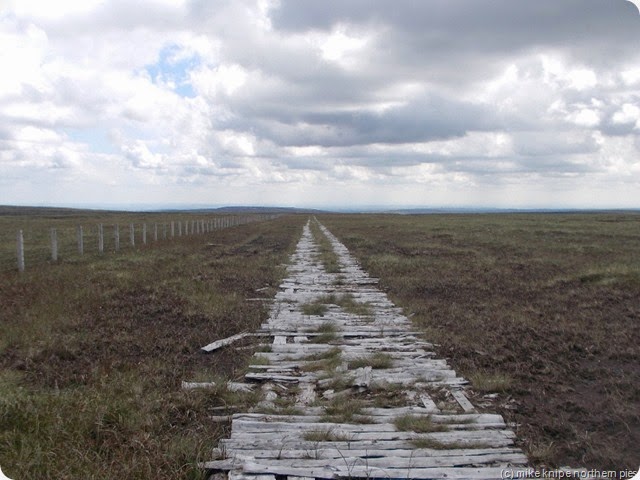 From here, it’s just rough stuff. No, I mean really rough stuff – rougher than what you’re thinking. I followed the fence along the watershed over Raven Seat, Outberry Plain and to the top of James Hill at 2200 feet. It was also getting quite hot, so the rough timber road which had appeared on the summit of the ridge was nice to follow for a while.

I descended to Swinhope Head where I met the only other walker on the three (and a bit) day walk. He was heading for James Hill, but called it Westernhope Moor which seems to be the official “Nuttal” name for it. But in reality, it’s James Hill. 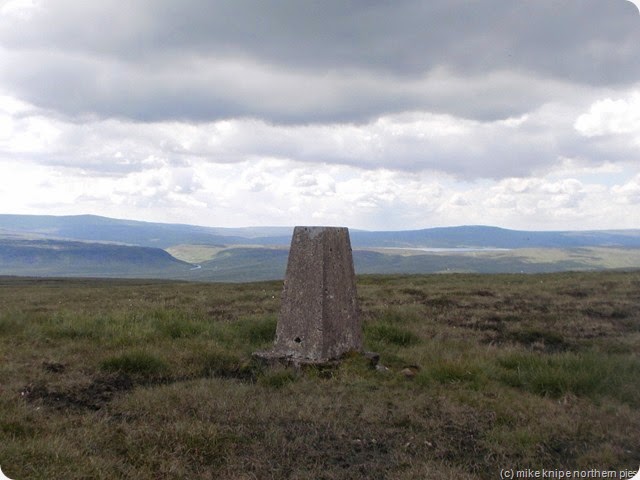 After this, it was Fendrith Hill on easy grass, followed by more rough stuff (no, really, really rough) where I contoured out a climb up Chapelfell and just hit the high road at the Harthope Moor ganister quarries – then Noon Hill and a descend to the beck at Frances Clough – which had no water at all in it. This was going to be a problem. I had to camp soon but this wasn’t where to do it. It was already really hot (no, hotter than that!) and a waterless camp just wasn’t a good idea at all. 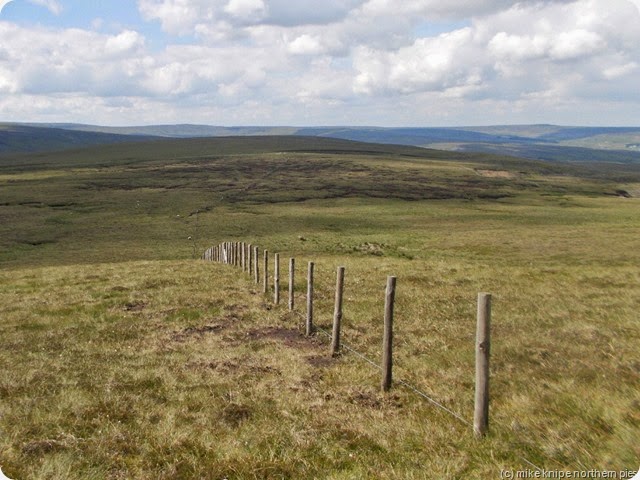 So, I plugged away up Causeway Hill (rough again!), crossed the causeway on to High Field, investigated an old lead mine dam which was full of gunge – and red gunge at that… and headed for the re-entrants to the North. These were mainly empty too. Lower down there were small pools in the beck which contained algae and iron although, on the upside (!) I did find a lead vein running through the becksides, plus stone and timber work which had been exposed by flooding at some point. Eventually I found a trickle and resolved not to drink anything without it being boiled. 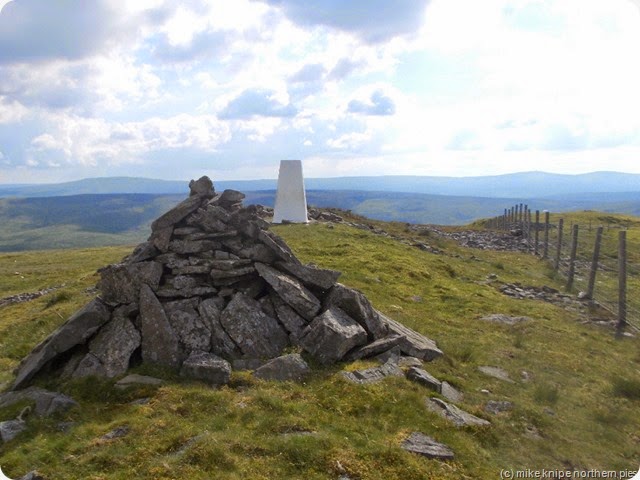 And so, I set up the basha at Langtae Head, quite close to the summit fence and a fine spot when there’s actually water in the beck.

I put the basha up close to the ground due to it being windy and a clear and starry , but not very dark night followed which lead to a stupid amount of condensation in the morning. 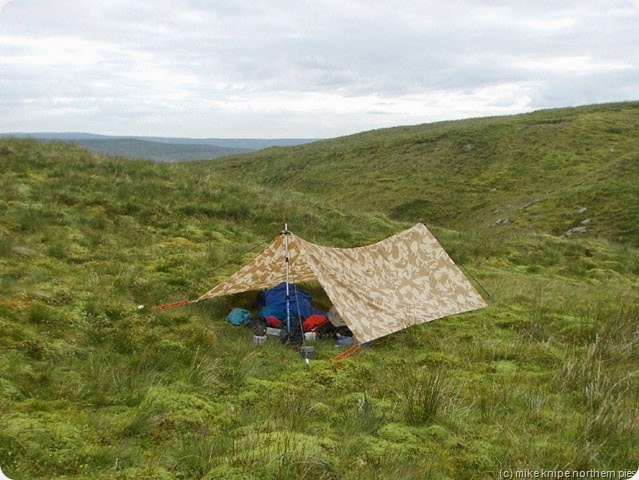 Thus ends The first day and a bit, some twenty miles and 3000 feet of upness from the start in Wolsingham and just thirty miles to go. Will I get there in the end? Will I be burned to a frazzle by the baking sun beating down mercilessly on my TGO chally buff? Or will I bail out and turn up at #1 daughter’s house demanding pints of tea and a lift home to Crook? 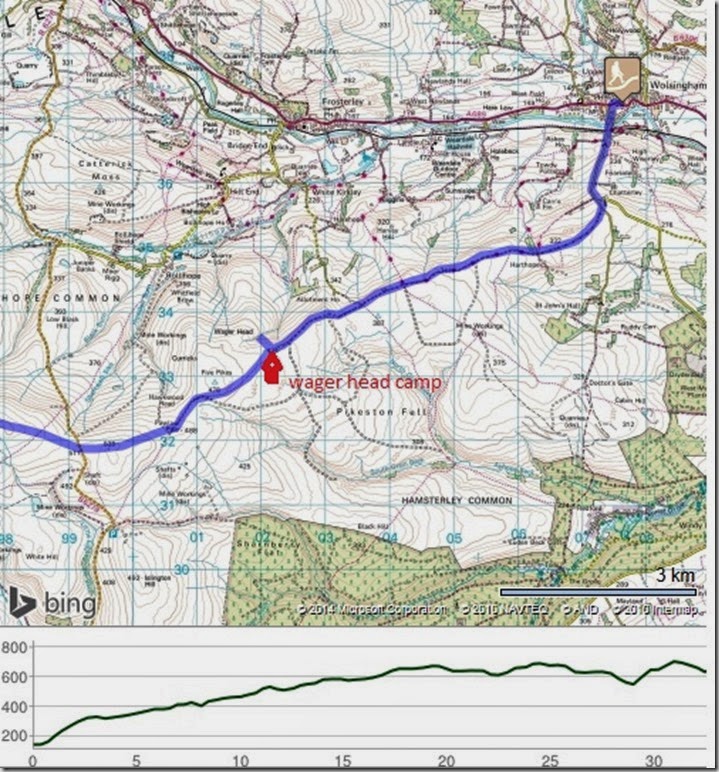 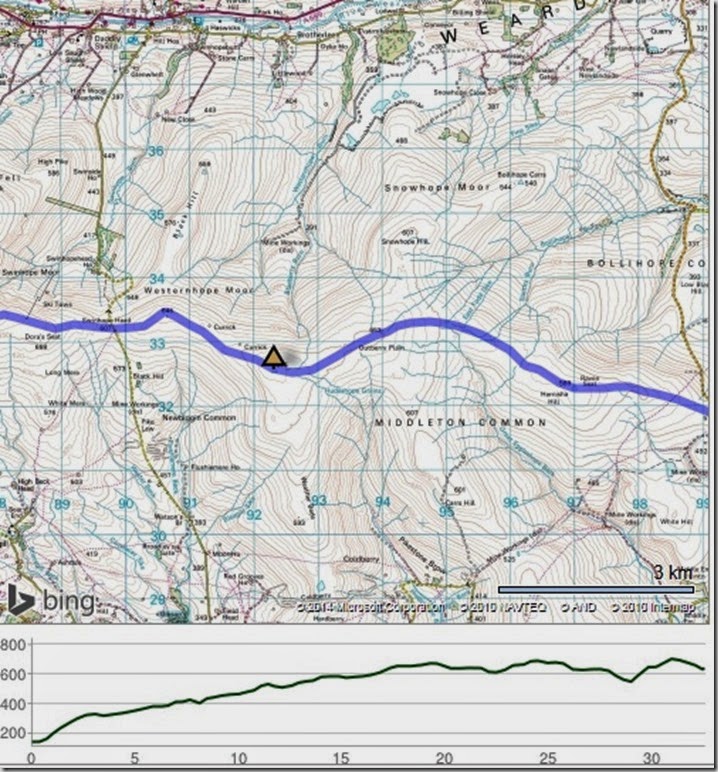 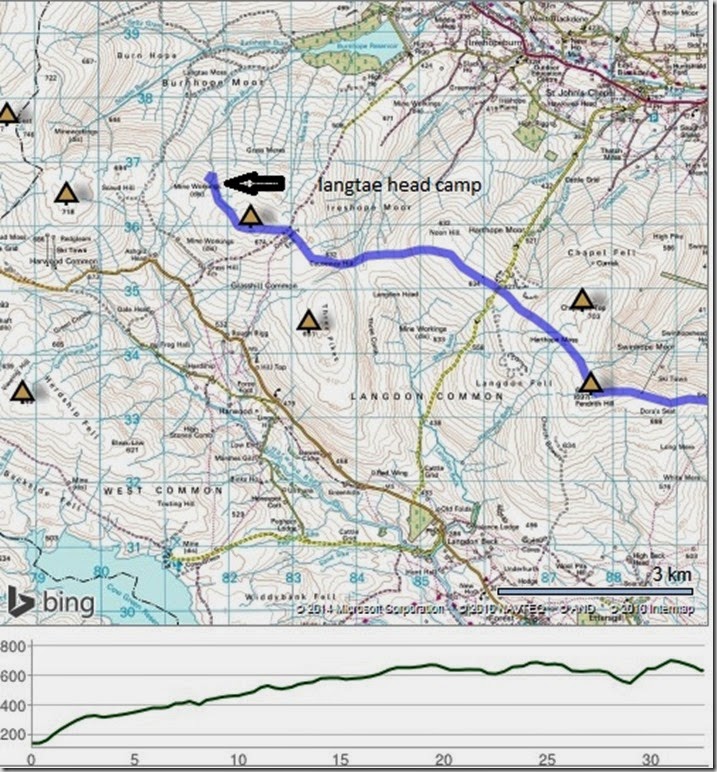 Nice - curious to know what your pack weight was being as wot you used the basha rather than the Akto.
JJ

Rough underfoot, no water, middle of nowhere, sounds as if you're loving it! :-)

A timely post Mike, I had this skyline walk in my diary for a couple of weeks ago, but picked up a knee injury which has prevented me from getting out. Great to see some of the wild camping opportunities, I was concerned it may be all heather ☺ Looking forward to the next edition...

..and surprisingly good camping spots, Dawn!
JJ - the pack was heavy - I didn't weigh it but I reckon 12 to 13kg - which included 4 days food and, most of the time, about a pint of "water" (note inverted commas for irony) The basha saved no weight at all - its lighter than the akto, but add six or seven bungees and some serious pegs.... and I used an artificial fibre bag in cas eit rained - lightweight, so I added a fckn liner to it. And kept me hat on. It wasn;t cold, though
Lonewalker - It IS quite rough for some long sections of manly struggle. Its usually pretty soggy, but not at the moment. You just have to dig in and think of England. Escape to the fleshpots of Weardale is pretty easy, though.

You always paint a picture with your story telling.

Often wondered how easy it would be to camp out up there. You've just answered it for me!