Weardale Skyline Day2 and a bit 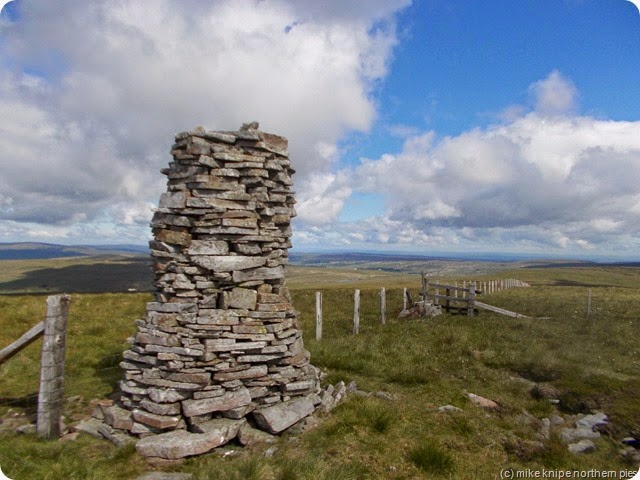 The clear, starlit and drippy night ended in a grey and cloudy dawn.

I found the boundary fence which I’d been following since yesterday and followed it again. Despite the protestations of the 1:25k map, it does go all the way to Killhope Cross even though it tends to do straight lines instead of following the Cumbria/Durham border exactly. This is where a GPS loaded with 1:50k maps might seem to be a bit inaccurate. 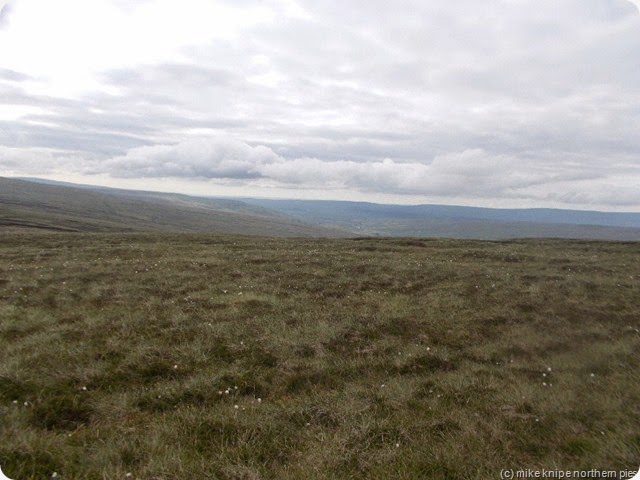 This ridge would be a nightmare for anybody with a phobia concerning open spaces, being alone , having no phone signal or choking to death on a jelly baby whilst trying to ring for the air ambulance. Eat your jelly babies carefully is the best advice I can give. 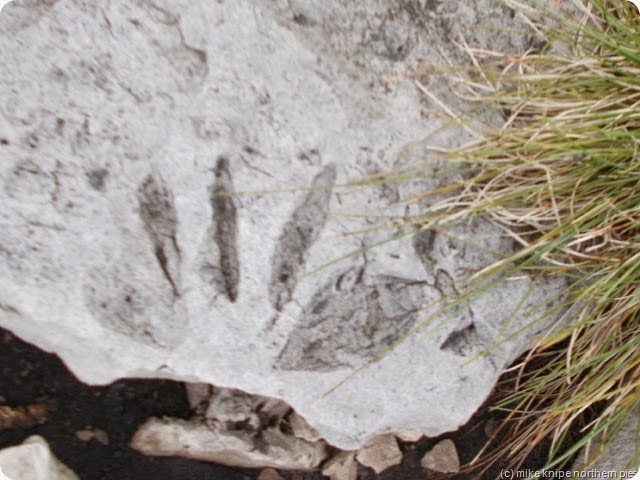 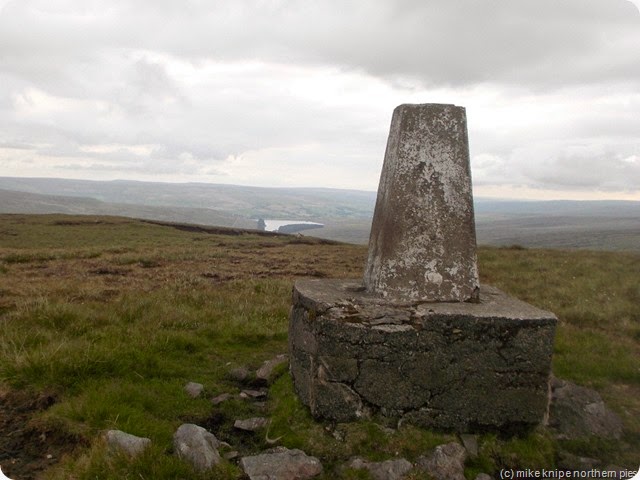 I plodded over Redgleam and the Durham summit of Burnhope Seat (the highest point is an enclosure away in Cumbria – and along the flat and straight boundary walk to Redgleam where the threat of drizzle and the clouding-up of higher fells such as Cross Fell, suddenly gave way to some clear arctic air with blue skies, fluffy clouds and huge views. Redgleam has a small collection of unusual fossils imprinted into the sandstone. I might collect one at some point. 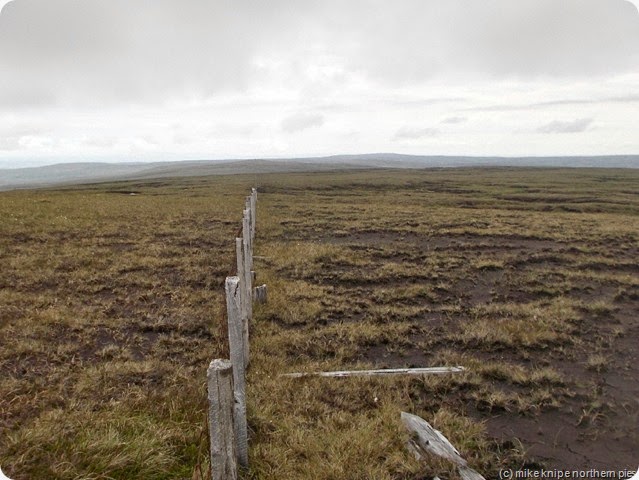 I investigated the howff on Dead Stones. I’d not been here since I planted some fuel for a winter solstice overnight trip some two or three years ago – a trip foiled by a blizzard which covered the hill in deep and soft snow of the kind where no progress can be made without snowshoes or skis at least. 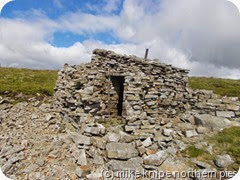 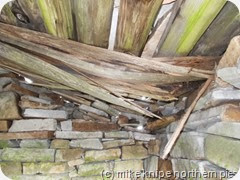 I was surprised to find my bag of firewood still there, although the firelogs had gone. And the roof was still just about holding up – I thought the heavy snows might have finally brought it down. The main beam, though is shredded and looks alarmingly shaky. This is not the place to have a noisy argument or to set off loud bangs, or to poke the ceiling with a big stick. It needs mending – basically rebuilding. The rest of the hut seems solid enough. I’m not sure who might do this work or whether the estate would agree anyway. 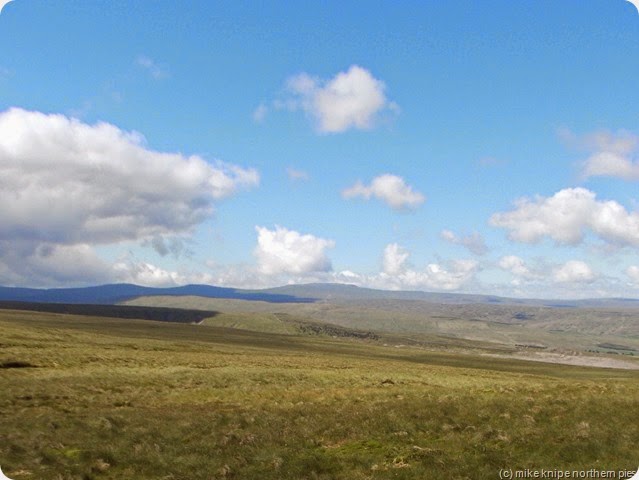 Anyway – onwards to a shower of text and answer phone messages asking for my whereabouts. I did manage to arrange to meet Brian at Killhope Cross briefly and he took me to Nenthead for some coffee and welcome relief from the tussocky plodding. This interval was soon ended, though and I was returned to Killhope Cross to resume the struggle with Killhope Law. 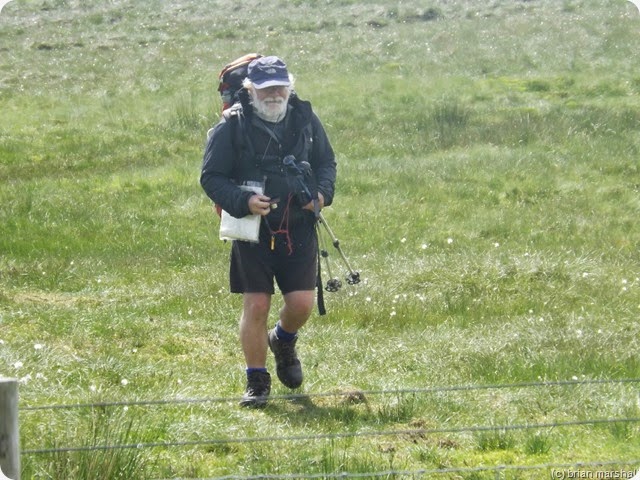 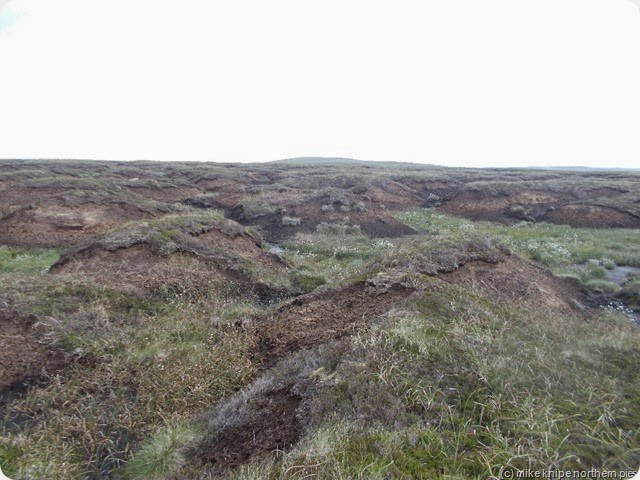 Now the bit of land between Killhope Cross and Killhope Law summit has some magnificent peat hags – a real jumble of lumps, bumps and ponds intended to weaken by exhaustion the over-loaded rambler well before he comes across the colony of hysterical black headed gulls screaming and wheeling above their nests.

That over with, I followed a thin path which had developed from somewhere and which lead to the currick on the Eastern end of the hill. This is a fine place for the scoffing of oatcakes,cheese and jelly babies and has a cracking view of Weardale. 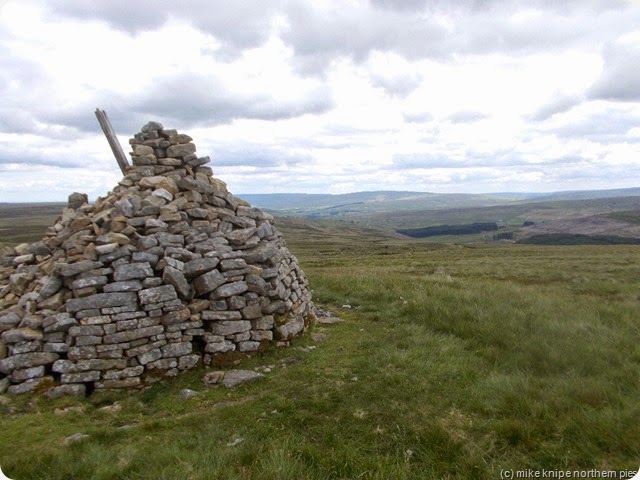 More rough stuff follows over Stangend Rigg. The key to navigating the summit and boundary – in this case the Northumberland/Durham border is a shallow ditch which starts on the West side of Killhope Law and runs as far as Stangend Rigg – possibly further. Following this shallow ditch will ensure that the overloaded and exhausted rambler (see above) won’t have any navigational difficulties even in the thickest of weather. In fact , if he is with friends, or even rivals, they will be impressed by his ability to navigate such an apparently blank piece of landscape so easily. Its a trick, really, but there’s no other reason to have this two or three-metre wide square ditch and it’s hardly noticeable in some places being very very old. Quite like me in many ways. 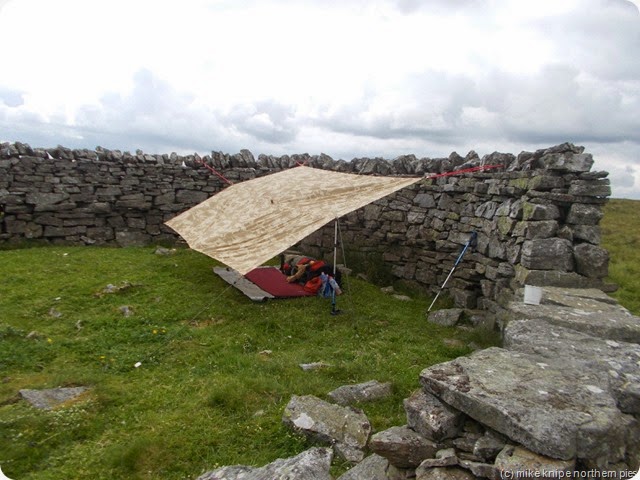 I crossed the road to Allenheads and did the final few metres up the flank of Middlehope Moor to where the bridleway from Cowshill meets the County boundary. From here, a vague path leads off South-West and comes eventually to a shelter – maybe half a sheepfold. Here I put up the basha in a formation which protected me from the strong wind but which gave me a view to the East for the sunrise. I collected water from an algae-ridden trickle a bit further East. This usually has a substantial stream, but now was just a dry and rocky slot, complete with a trapped lamb, which I rescued cos I iz an angel, innit?

It spent a pleasant evening completing the consumption of my whisky supply and brewing up/scoffing/snoozing etc – to such an extent that I missed the dawn again – and the call from Brian who was watching it from Killhope Cross. 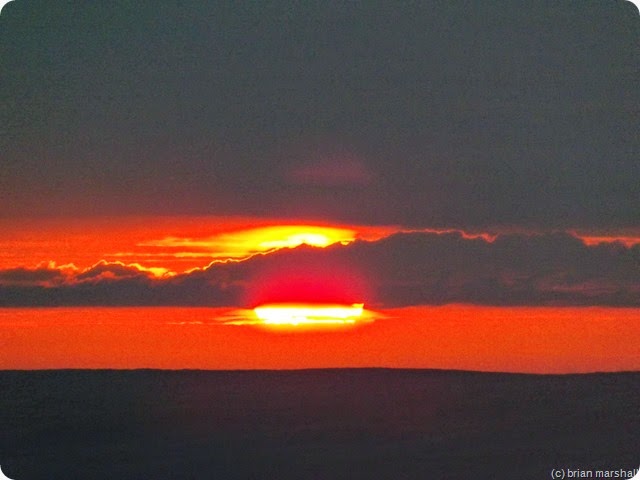 Well dhuhhhh…. there’s always the Christmas one I suppose…. 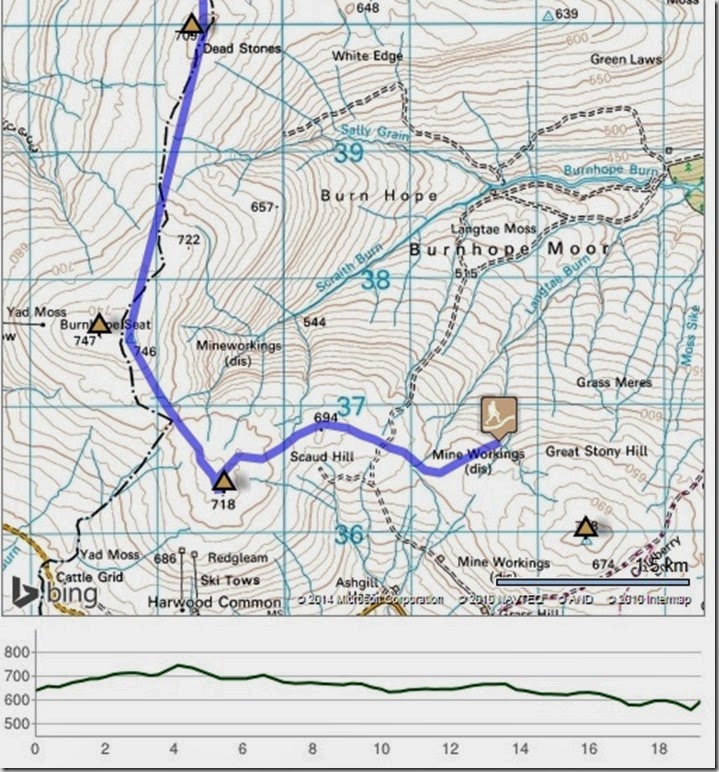 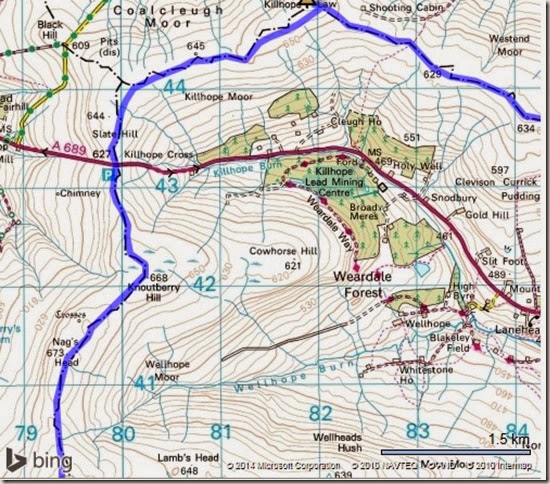 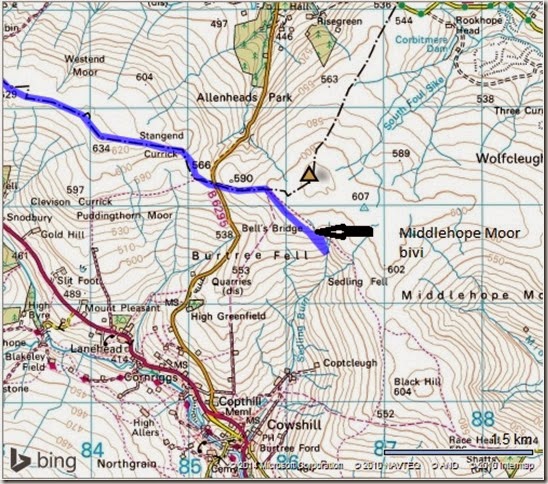 That's quite the solstice sunrise. Those peat hags are scary-looking; you forgot one -umps though to go with the lumps and bumps: clumps.
Where do you get a supply of jelly-babies these days anyway? I haven't seen those things since Dr Who stopped eating them in the '90s.

Reifyn - Jelly babies are widelay available at your local Asda (other supermarkets are available) there's a couple of different companies who make them.
Peat hags, though..... ooooer..
Chrissie - I love the shorts too - plenty of draught on a warm day.

Was the lamb up there all by itself, well and truly lost? Or was there a nearby flock of sheep that it could scamper off to join, with an exciting tale to tell?

Quinn - lots of other sheep about. Oddly enough, the lamb had no markings and still had it's tail and was underweight - the third I'd come across in the same state, in fact. I guess it must be a late and "wild" birth.