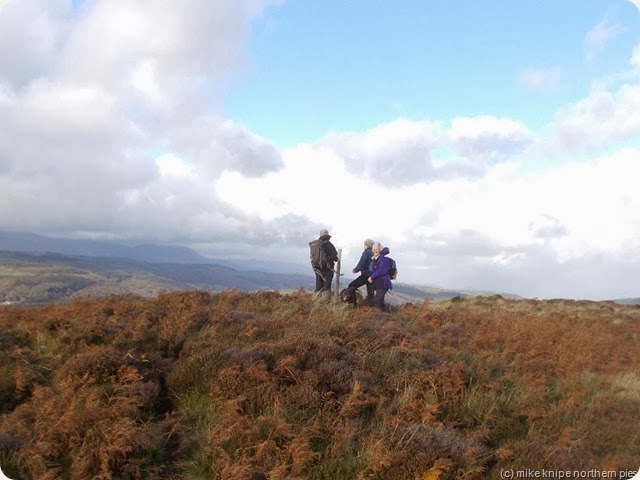 Having done with the Hewitts, I now turn my attention to finishing the Wainwright Outlying Fells with a visit to Finsthwaite Beacon. The idea was to finish these in 2013 and, since there’s now only two left, it seems possible that I’ll manage this, although the show ain’t over till the fat lady eats another bun. 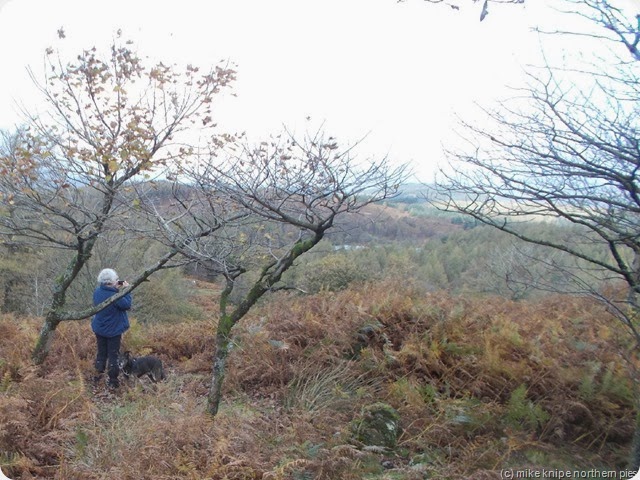 The bro worked out a route and so it was with three Kendallers  (The Bro, Ria and June) and a brown dog (you know who…) that we all went off in convoy to a car park near Finsthwaite. Luckily, June paid the £4.50 fee (Four Pounds Fifty…!   Gasp!  How Much?!) and we set off up a stony path to High Dam. What happened next is a bit of a blur of stony tops, bracken, green paths, forest and walls. I have little idea where we went since I didn’t have a map and I’m not familiar with this area at all. 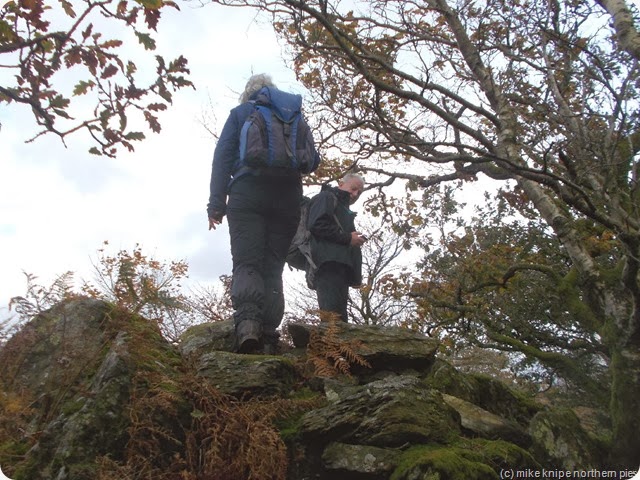 Except to say that we visited both the Finsthwaite beacon shown on the hill-bagging site and the other Finsthwaite Beacon shown on the hill-bagging site and a couple of other hills and some tarns – one of which I know was Green Hows Upper Tarn. This is quite pretty and has things to sit on whilst scoffing a chocolate bar, and we got to it by climbing a deer fence, an exploit not specially enjoyed by superdawg since we had to drop him down the other side of it. 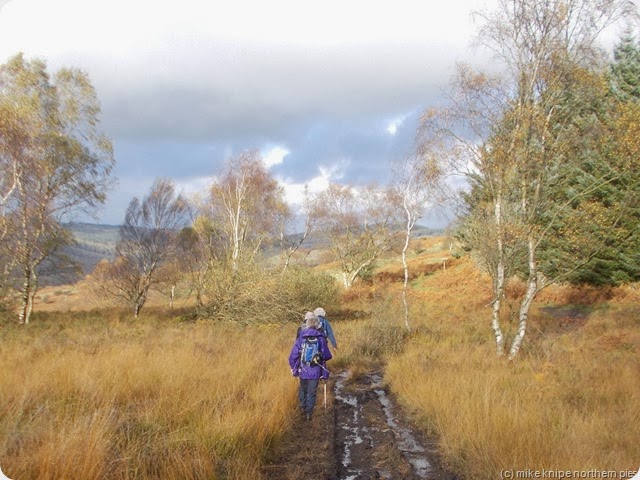 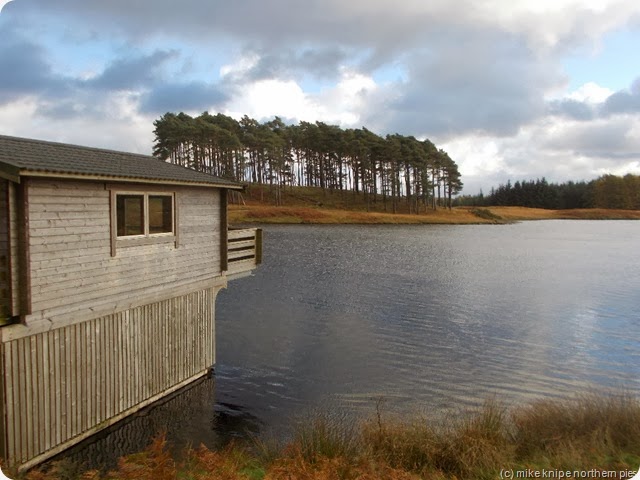 There was lots of bracken and a wall to climb and some very soggy boggy bits to splodge through (I now have two pairs of soaked boots).

Anyway, there’s no map cos I’m not sure where we went, but reports are that we covered six and a half miles (it only seemed like nine and a half) and thirteen hundred feet of uphill. 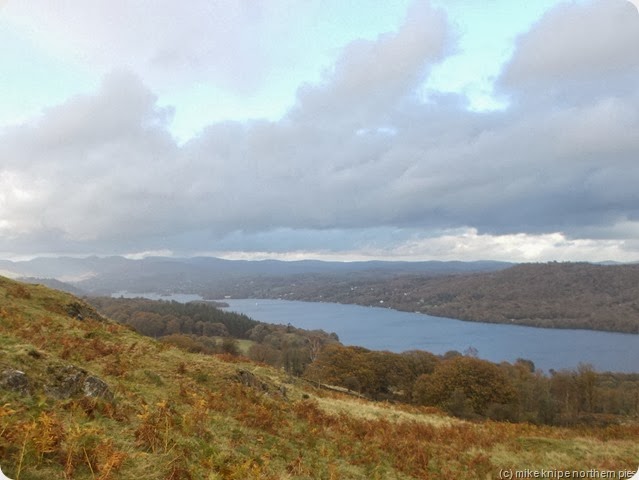 The autumn colours and some of the views were up to the usual Lake District standard.

And it was windy and sunny and sometimes rainy.

Only two left, then I’ll have the complete set of Wainwrights – I keep them in a cupboard next to the telly. 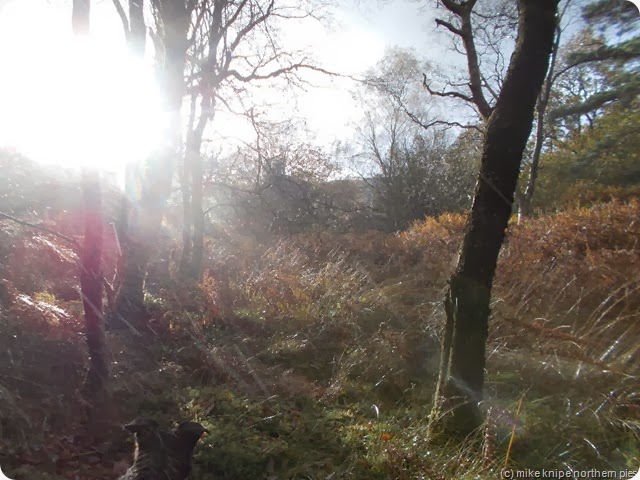 Four pounds fifty!!! Bloody daylight robbery!! When did they start that caper at High Dam car park?
That must be National Truss I guess?
Anyway glad you "enjoyed" the walk Mike. Even if you don't know where you went!