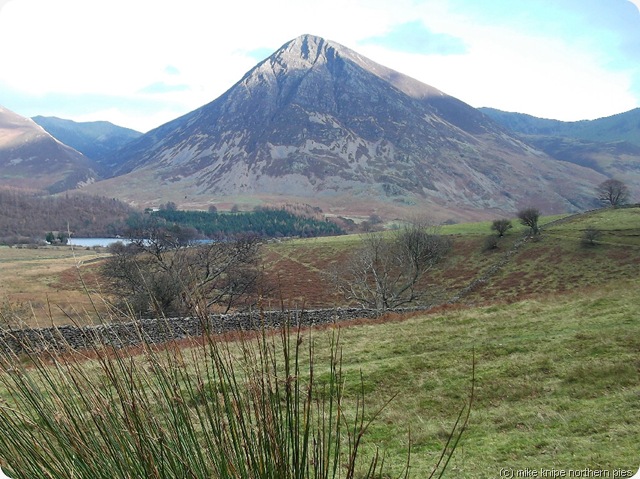 Just had a few days with Dawn in a bunkbarn at Buttermere, the purpose of which was several fold…

That is to say, we had to plan a TGO Route, we had to remedy Dawn’s cabin fever following orthopaedic joinery to a foot, and to test it out to some extent, and we had to have a bit of a jolly….

There were other visitors to the barn too – notably a pair of Northumbrian The North Face fans and a fork-lift truck driver from Northamptonshire. 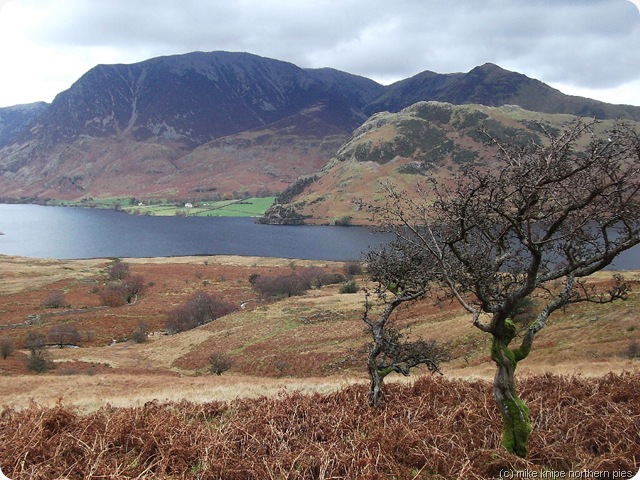 Purpose #1 was completed in outline and we now have a route which goes from Inverie (after a ferry crossing from Mallaig) to Mam Barrisdale to Glen Quoich to Glen Garry to Spean Bridge and Glen Roy (thanks to Alan for the grid reference of the camping spot next to falls of Roy by the way…) – to Melgarve and Laggan and Newtonmore then over some high ground (a lot of high ground as it happens) to Glen Shee, Glen Prosen, Angus crematorium and Scurdie Ness. I am specially looking forward to the night at Angus crematorium. The route is 210 miles, which is about average for one of my crossings. I  arrive at Montrose, this will be my twelfth crossing. I won’t do a thirteenth, but will move right along to fourteen.

We now need to decide on a training walk in April. 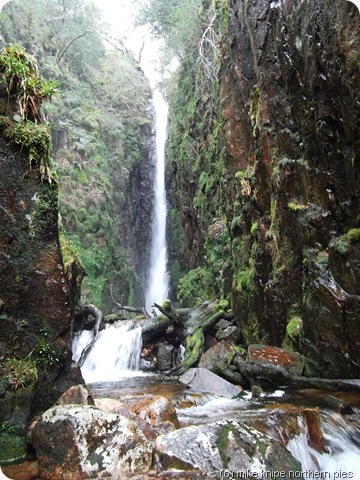 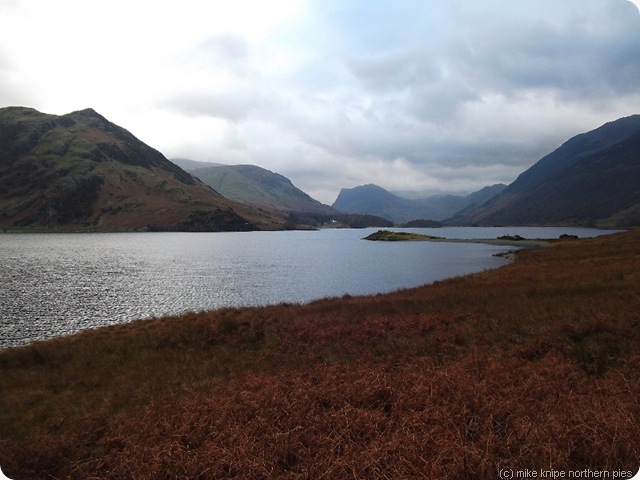 Purpose #2 and #3 were discharged by what was supposed to be a gentle walk up to Scale Force and the boggy plateau just beyond, to a circuit of Mellbreak  by heading down Mosedale followed by a pleasant wander along the shores of Crummackwater – about nine miles, so a “moderate” walk, ideal for a day of duff weather or for those days when you just can’t be arsed slugging up a big hill. Its a nice walk, if a little soggy underfoot and you can have a little scramble alongside the lower bit of Scale Force which gives access to a deep gorge. Take my advice and climb back down facing inwards. If you face outwards, you get a wet bum. 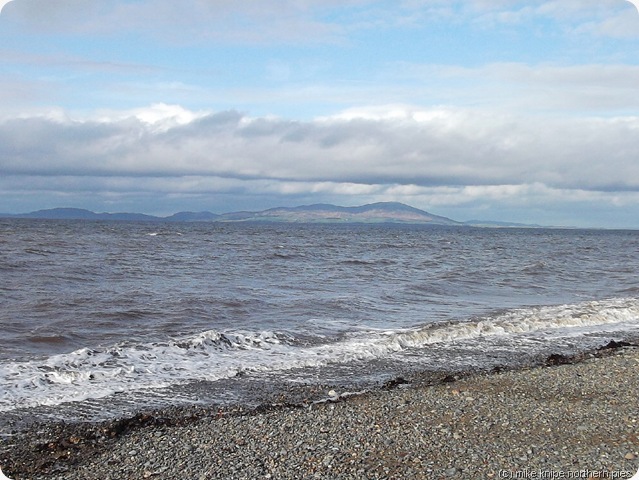 Next was a trip to the coast at Allonby for a few miles along the shingly beach and back. This was cold and windy…… but good views over to Criffel and a very nice off-shore windfarm for those who enjoy windfarms. I decided to forgo my usual coastal bathing frenzy. 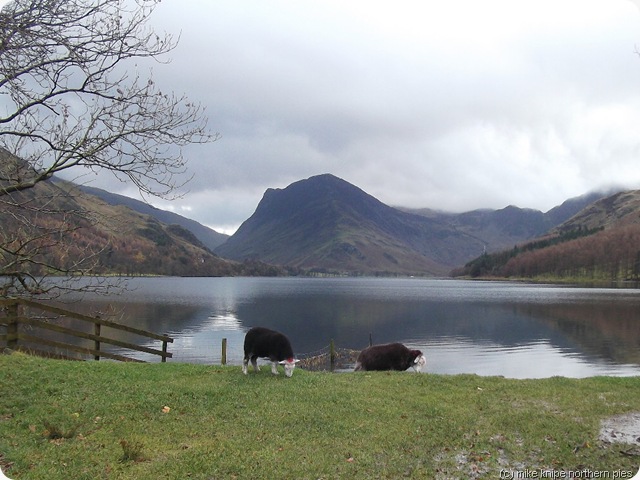 And then a circuit of Buttermere for a main course of about five miles, followed by what can only be described as a soggy lurch up Hatteringill Head – an unbagged Birkett at the North end of the Loweswater fells. This involved at least two barbed wire entanglements and a lot of very soggy mud. My prediction that it would remain dry and, thus,having  set off with no waterproofs proved disastrously inaccurate on the way back. Dawn amused herself with a ramble along the lane and was reported by a woman who got out of a landrover to be “way up there and heading uphill”  which was a bit worrying for a few minutes. However, she turned up, damply quarter of an hour later, so the search teams weren’t required. 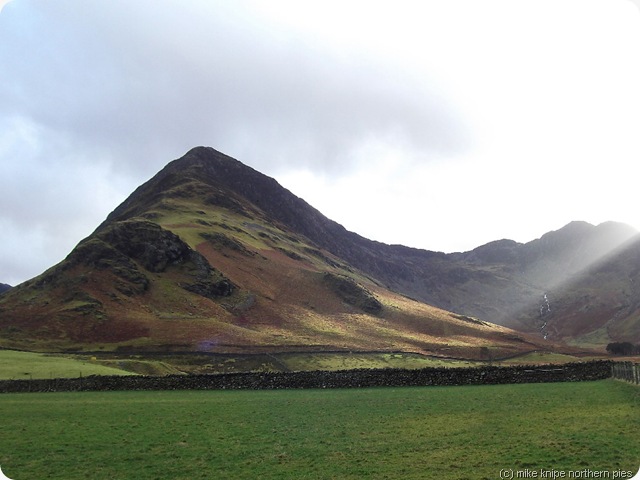 One thing about camping barns in November – even in the mild, almost warm conditions we had at Buttermere, is that they’re perishingly cold and it was due to this factor that I was forced to repair to The Fish Inn on one occasion and The Bridge on another. This was purely a survival strategy, obviously. 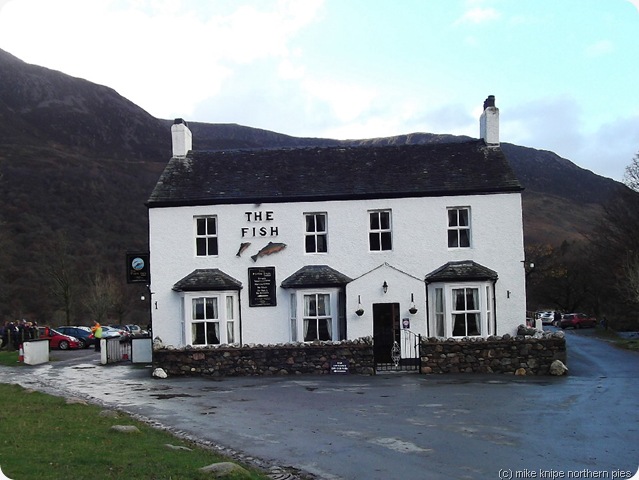 There was a dusting of snow on the tops as we left. It won’t last, though. The reason for this mild spell is that I’ve just bought a pair of Khatoola spikes. The last time I bought cold weather stuff – a pair of skis on one occasion and a pair of expensive crampons on another, it didn’t snow for ten years. This was before global warming, obviously, it’s been cold ever since they stopped predicting  a new ice age and started predicting tropical conditions for County Durham.

Hi Mike, looks like our first couple of days may co-incide. I'm also starting at Inverie and heading over Mam Barrisdale, up Glen Barrisdale, Glen Quioch, River Loyne and then pootling along to Invergarry.

Thank you Mike. As you say, a darned cold camping barn.

A nice walk in the Lakes and TGOC planning too. Not bad that.

I camped in Glen Prosen. Right in the village. Over a little bridge into the trees. No hassle and walk 20ft and knock on a door for clean water.

Get it done as you have less time than me.

We won't make Invergarry, James, unless it's a navigational botch....
Dawn - warmed up now - I found the bacon!
We're planning to camp at Kilbo, Martin - I've camped there a couple of times before, last time with Haggie Mems who can't be named on blogs....
Is the last comment a reference to my senior status or have you been talking to my GP?

Hope you find the camp spot ok Mike. You can google earth it and have a look anyway.
Keep me in mind for the pre chally daunder.

Well then, I won't talk about Mrs Mems either, then. Not without talking with her Hodger first and getting his approval by email, in triplicate.

And keeping copies, of course...

I could, of course, check it out with their solicitor? Best to, really, to be on the safe side. We don't want any wild misunderstandings, do we?

Whoa slow down there peeps, it's Mr Sloman wot does daunders, I generally organise desperate manoevres in the bogs (I'm used to this kind of thing as I went to a posh school)
I'll have to consult The Team about group pre-TGO wanderings....

Yes. There will indeed be a PreWalkDaunder in April 2013. Emails will go out at the beginning of January with details.
:-)