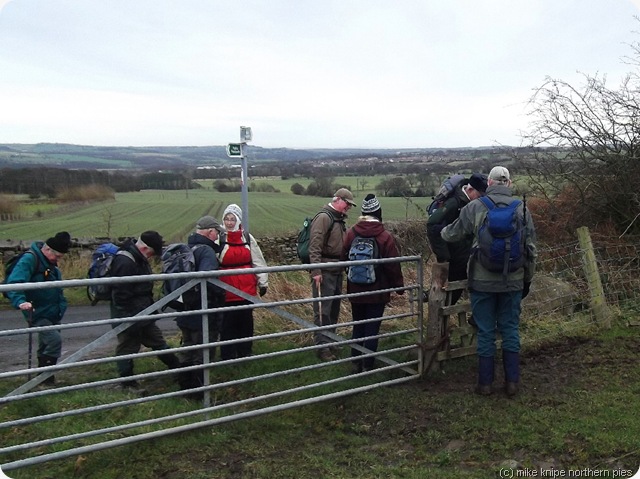 Nineteen people turned up at St Catherine’s community Centre in Crook for today’s Durham County Council guided walk. This nineteen also includes the two stewards, Neville and Maria who did a fine job despite some initial chaos centred around the instructions somebody had put out telling them to park in the market place when actually it was market day and only market traders with stalls could get in there…. dhuhh…. I wonder who did that… (koff).  I did apologise.

The walk went well. There was still ice and frozen ground but the three arable fields with lovely new barley crops intended, no doubt to be turned into fine liquours, were sticky mud of the kind that increases the walker’s height by about six inches. So we were all much taller at the end.

And at the end, about half of the group warmed up with coffee, hot chocolate, tea and mince pies in St Cath’s 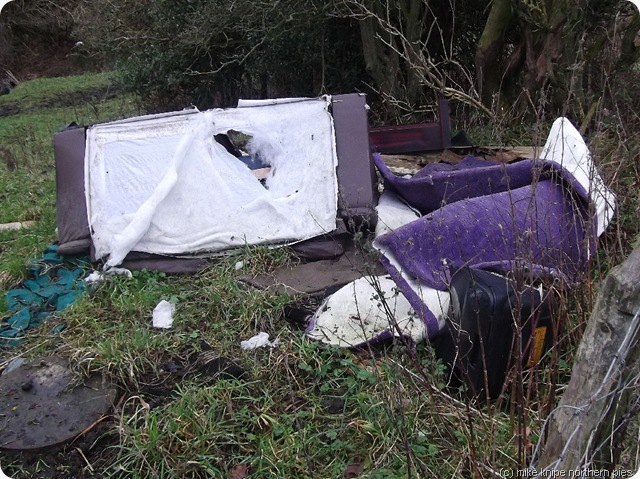 I did spot a bit of fly tipping which I haven’t noticed before. This is a picture. This takes effort. Sluts. 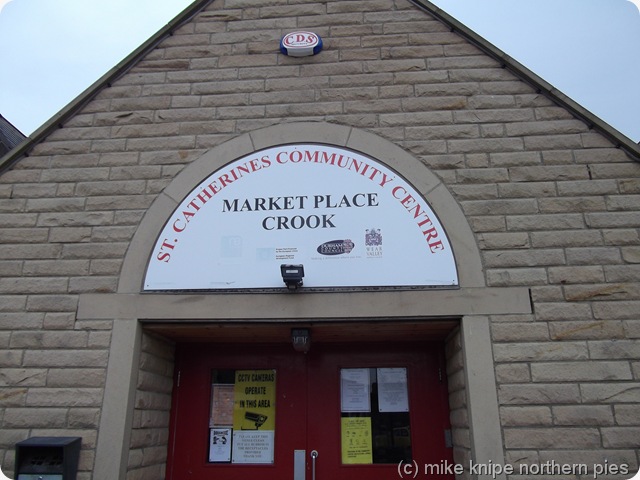 Anyway – Freezing your bits off waiting for the bus to Darlington? Is it a nithering North-eastern day? Then why not nip in to St Catherine’s Community Centre for a warming cuppa and a hot bacon roll and avoid chilly chillblains,  ferrrfreeezing frostbite and  horrible hypothermia?

That’s St Catherine’s Community Centre. For all your hot beverage needs. There, I done a plug.

This was the same walk I did two days ago. It’s still just under eight miles.


Our local tip is free.if you can be bothered to load your car you car be bothered to go to the tip. Failing that a few bob to the council and they collect. Eurgh!

I have only last week compiled a selection of fine photographs of just such rubbish carefully driven a good mile or so down a bridleway. They are about to be been sent off to the local council with a grid reference.

Why do they do it? It can only be jobbing buildery types who would have to pay at the tip. That's all I can think of.

Yes everybody, the dirty, dirty beggars.
Its furniture - so I suspect it's domestic. Not lazy, though - they've gone to some effort to transport the stuff along the bridleway.
This isn't on council land, so I don't think the council will shift the stuff. Seems it's likely to be the landowner's problem. ASs the land is currently up for sale, I expect they might be quite keen to clean up. Its not fair, really.

Never a pretty sight, fly-tipping. And you're right, given the sometimes difficult-to-get-to places you can find examples, it can't just be laziness.

I really don't get what inspires people to do such things, but then it's only a bit of scrubby ground involved, and there is every likelihood the miscreants will get away with it, so no problem then ...