A Wet Weekend at Hardraw 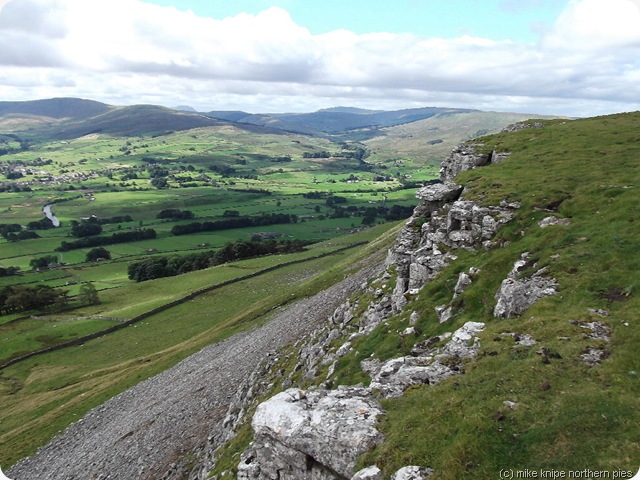 I was supposed to join the Over the Hill Club “do” at Hardraw on Friday, but it was chucking it down in lumps, and I do mean lumps, so I delayed till around lunchtime on Saturday.
The campsite behind the George and Dragon was a sea of mud and had been abandoned by most for a splodge up Dodd Fell, so there was only Bernie and Pauline cooking rice and peeling onions and stuff in their tent. After a decent but brief period, I went to the pub, returning only after a decent but less brief interlude of light boozing which put me to sleep back at the tent, thus missing the brief but damply wet barbeque. The roaring of the beck, spatefully gushing in a very loud kind of way after all that rain, soothed me to sleep, untroubled by the thought that it might, just might, overflow and wash me and my free tent away towards Kingston Upon Hull.
In the morning, it was announced that Big Dave was to lead a walk up Great Shunner Fell and back down again.  By the same route. 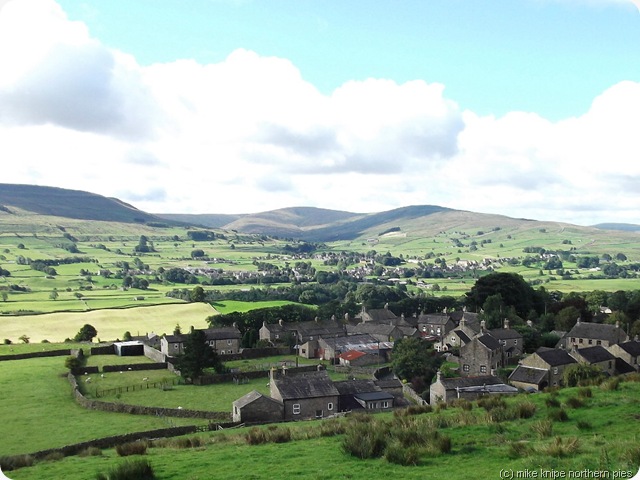 It was news of this that prompted me to set off towards Askrigg, being drawn up a lane above Sedbusk and sucked along on a random stravaig that eventually brought me to the top of Lovely Seat, which was Lovely and has a Seat. 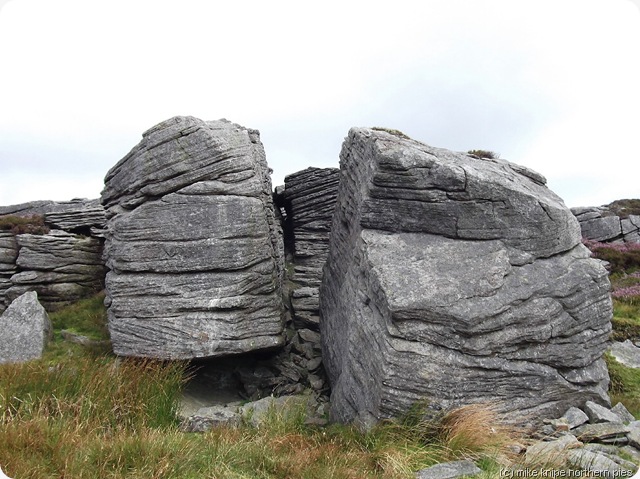 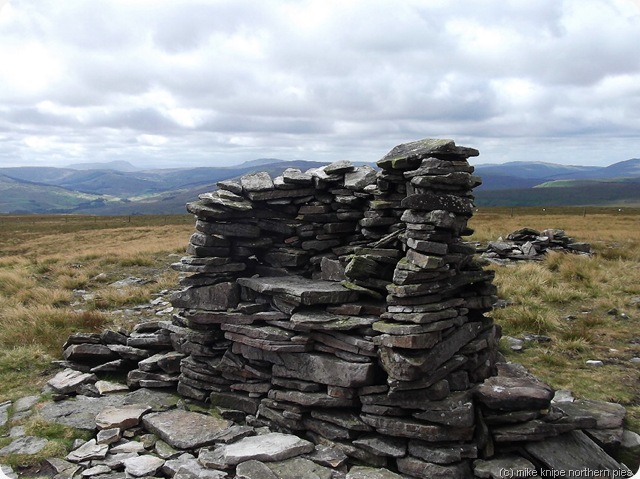 I almost fell into the trap of making an active decision about what to do next, but soon found myself tussling with the tussocks on the other side of Buttertubs pass and on up to the top of Great Shunner Fell where the Big Dave party wasn’t. I did chat to some walkers about the view, though and the warming qualities of various kinds of gloves. It was a bit chilly up there to say the least. 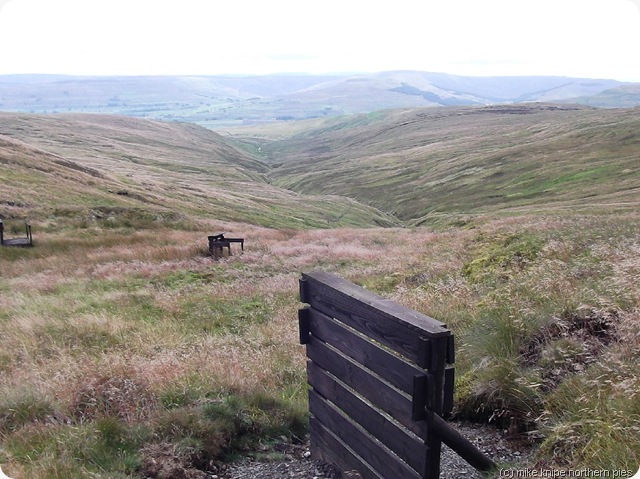 I decided not to follow the Pennine Way back to Hardraw, but to investigate the old collieries of the Hearne valley. I found a few spoil heaps and some stonework by the beck, but nothing much to write a blog about. I expect that whoever was funding these mines was soon out of pocket once the railway started bringing in high quality South Durham coal by the truckload to Hawes station.  I was soon back at the tent, covered in peat and sipping a bit of French plonk I’d brought from the Crook Co-op.
Afterwards, there was the OTHC dinner in the pub, followed by some more light boozing and some heavy snoozing.
Bernie and Pauline did a good job organising this “do”. Shame about the rain, but at least it made the waterfall more impressive than it usually is. It must be something to do with TGO Challengers that attracts precipitation.