A visit to the Elephant Trees in new undies 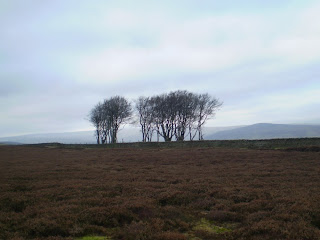 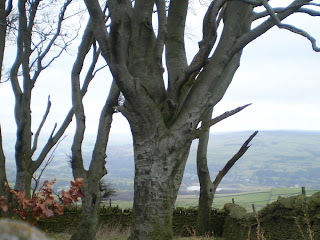 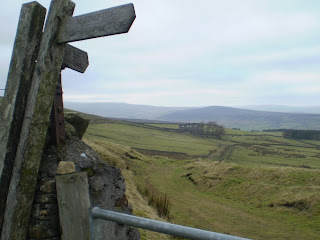 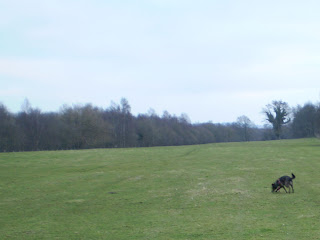 Santy brought me socks and undies for Christmas – the undies in question being iceberg (or something….) merino wool trollies and long johns, and the sox being sealskins. So, along with the bottles of nice scotch and a sort of bobbly digital camera tripod thingy, I’m well chuffed with this year’s haul.

On the way back from the weeding, spoken of in the previous posting, we seem to have become diverted into Aldi’s car park in Halifax – and I came out with yet more merino wool stuff –in this case, a top at a stupidly low price and some snow goggles in case it ever snows again and then sunshines, and a mid-layer top.

So, me and superdawg decided it would be a bit of a jape to try out some of the kit and we had this little walk to a small but significant patch of trees overlooking Weardale. Its quite handy for Knipe Towers as its only six miles from here to Wolsingham and it is one of my favourite little trundles for the winter time – or, very specially for a warm summers evening with some twilight and a big moon at the end.

The Elephant Trees are a famous Weardale landmark, or should that be a treemark? Anyway, you won’t find the name on an OS map, cos it’s a local name. You can see this little patch of trees on the Weardale skyline for absolutely bloody miles and, so it is said, they once looked a bit like a small herd of elephants, specially after spending a long liquid lunchtime in the Black Bull.

Weardalers are very fond of the Elephant trees and, as they’re getting quite old and just a bit senile, some replacements have been planted in their little walled enclosure. But it’s a windy spot. They’ll need to be tough trees. Some of the old codger Elephant Trees bear witness in the carved hearts, dates and initials on their wizened bark. Anybody who fells these trees will need to watch their backs for a long long time.

It’s an easy walk, though – up a hill, along the moor, down the hill to Frosterley and back along the riverside and through the townfields of Wolsingham. There are usually snowdrifts when I do this – but not today, just a little bit of ice. 10 Miles and about 1000 feet of upness.
And the undies? They’re fab, as it happens. The temperature was around freezing but with a very light wind. I was also wearing some Ronhills, the mid-layer top plus softshell windproof smock. And a smug, warm look.
Posted by Mike Knipe at 19:04