Lucky The Dog Escapes From The Fireworks Damply 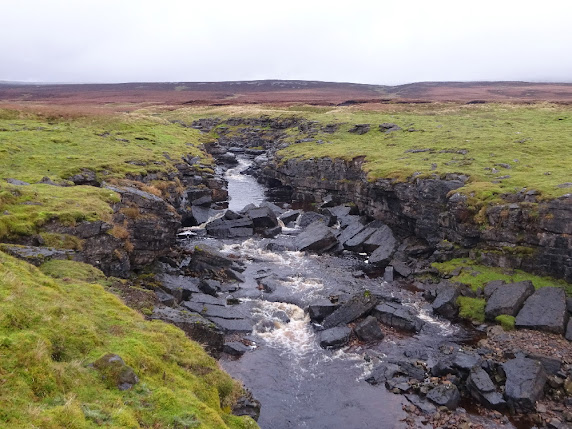 We weren't more than a mile and a bit out of Dufton when it started raining. Bits of sunshine promised that this was Just A Shower. But it wasn't. The sky darkened and the mist rolled up the hill. And the rain battered down. Iy had rained quite a bit in the days before, so some little becks which normally, a little fat beardy bloke with an old black and white mongrel could just stride across with one mighty stride, became a gamble. Like a spillage of alphabeti spaghetti, a slip could spell disaster and a wet tumble over the whin sill crag into oblivion (the word "oblivion" should ideally be delivered quite a lot like Riff Raff in the Rocky Horror Show. Practice it now..."Oblivion" 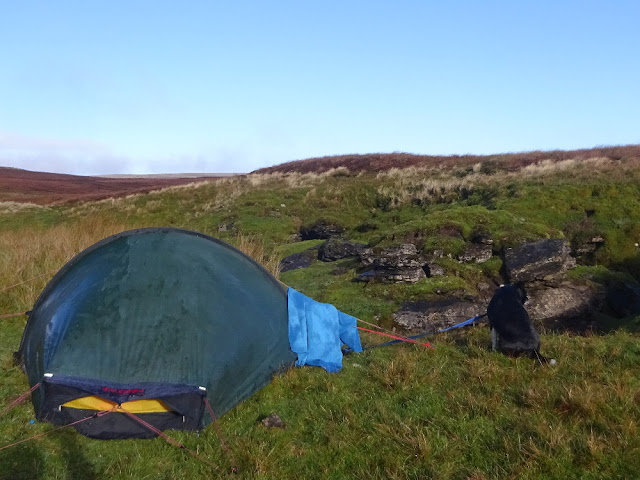 When we arrived at Maize Beck it was in spate and it was still raining with a Big R, so instead of camping on one of the little beckside platforms I opted for a little dip next to a cave a few metres awat. The cave had a short section of beck emerging , running along for ten metres or so and then disappearing down a hole, presumably to emerge in the wall of the gorge a bit lower down. The akto went up smartish, the wet dog installed, water collected, brew on, shot of rum, tea and darkness. It rained  heavily all night and a new spring appeared just behind the tent. LTD moved not at all, other than to shuffle into a new position. The long night wore on cosily but with some drippy condensation. And in the morning it was raining. We were all clagged in. Doggy walks were short and taken reluctantly. Snoozing was the best thing. Brewing was the next best thing. And eating. And reading. And the radio. All with the constant nearby roar of the becks, the machine gun fire from Warcop, and the occasional boom of artillery. LTD doesn't seem top mind machine guns and artillery..... and he snoozed on. 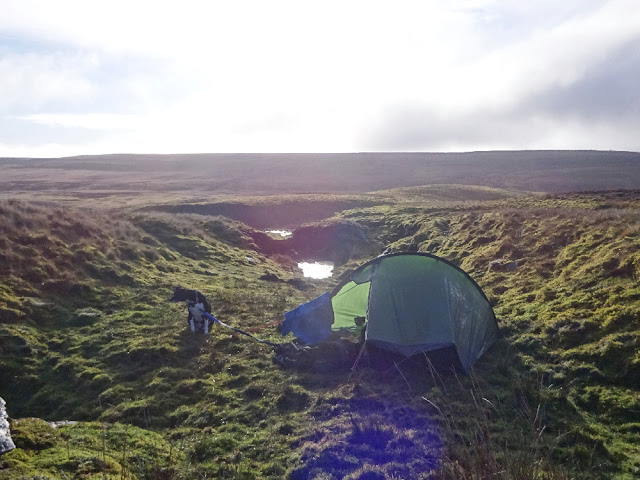 Another night past. The drizzle stopped and the moon and stars appeared, the rushing clouds making them seem that they were on their way somewhere quite quickly. 5:00 a.m and brewing up followed by a moonlit doggy walk, followed by a return to cosy bags and a grey and creeping dawn for another snoozette - Interrupted at some vague, semi-concous point by the sound of shouting , grouse calling and shotguns. Then machine gun fire again. I peered out. Half a mile away I could see a bloke with a flag tramping through the heather. There was a grouse-shoot in progress. In the cold and sunny morning and to the warlike sounds and booming Maize Beck, we left.  The odd thing about this stuff is that when you're leaving the hill and everybody else is just setting off, it feels as if I'm doing the wrong thing. Lockdown would start at midnight. There would be no more of this kind of stuff for a while. 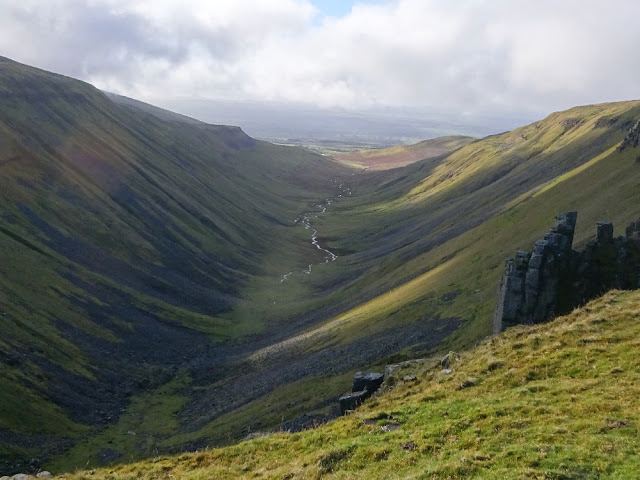 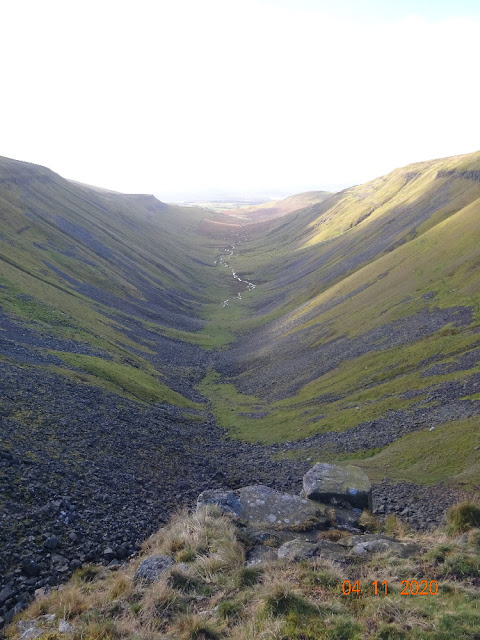 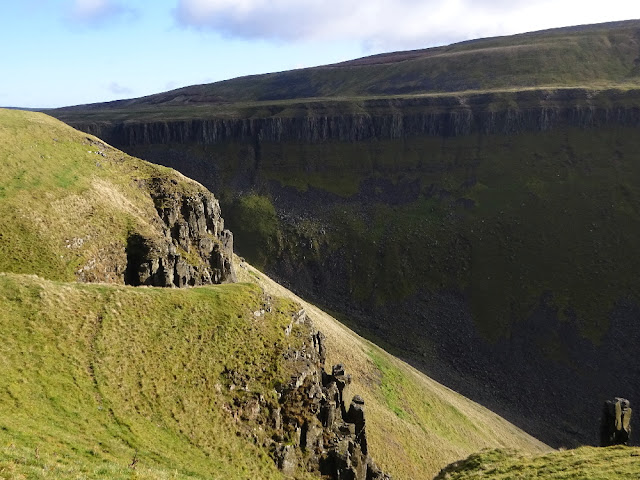 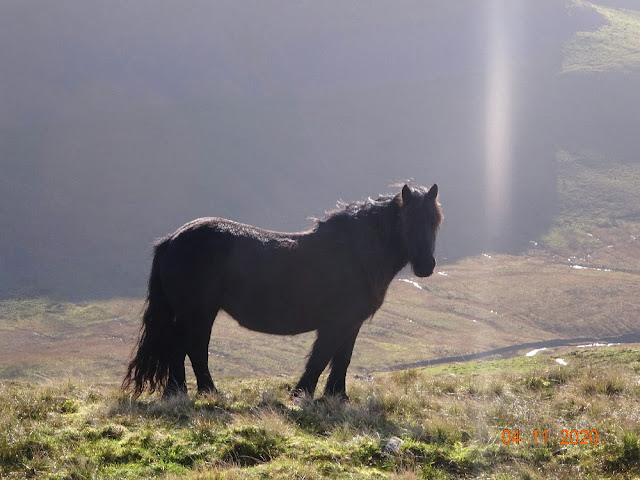 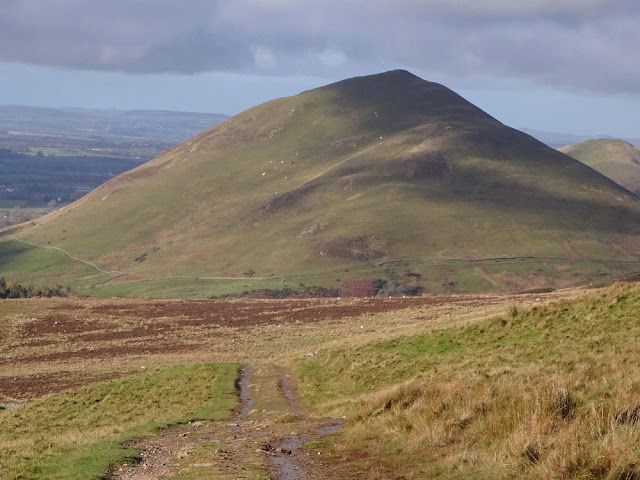 Incidentally - I just couldn't get control over the justification of the first paragraph of text and one picture had been selected by blogger to be ignored when it came to resizing it. So the text is all at one side and, as far as I can tell, is determined to stay there and I've deleted the picture.
Posted by Mike Knipe at 22:07

Ah, that'll be The Blogger Customer Experience Improvement Team working hard to improve your blogger experience.
They do that a lot. Just not very successfully.
Nice pics, especially of High Cup Nick.
Say hello to LTD from me.

I sometimes have the same problem. Trying to line the text up with the pictures, and making the gaps in between them all the same. Great pics. Nice to see Lucky.

Have came across your 'Northern Pies' blog many a time in passing Mike. As far back as 2008!

Great to see you still walking the lovely North Pennines. An advocate for the great outdoors you are!