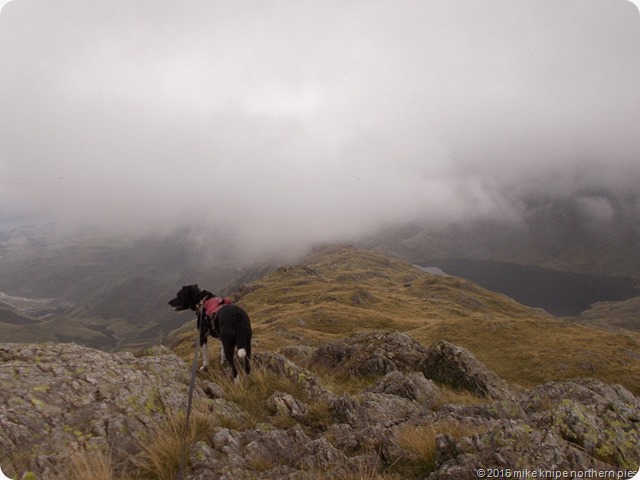 It was time for another visit to The Bro’s for a trundle in the Lakes and today’s targets were to be three Synges (don’t ask, just look it up!) amongst the Coniston Fells.  So, we went to Coniston, which is quite handy for the Coniston Fells as it happens. We parked at the top of the road to Walna Scar and wandered over the easy path towards The Bell. 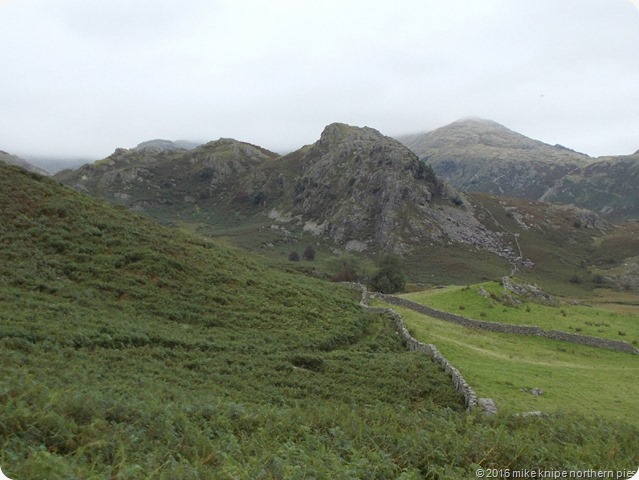 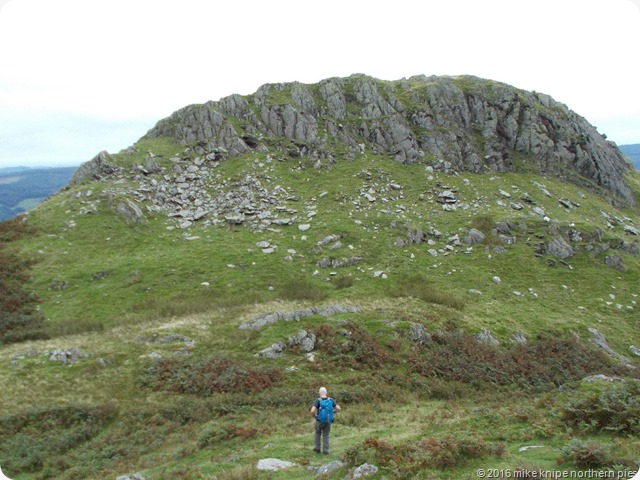 The Bell was, of course, our first target. It has an interesting side, sporting a sporting scrambly ridge direct to the summit for sports and a path-for-wimps-and-piemen round the back. We went round the back, obviously. Its a crackling little hill and will probably repay another visit with an attempt to scramble up the other side..if/when feeling sporty enough maybe.. It was on the summit of The Bell that a wasp found the little gap between my trousers and my base-layer and gave me a little sting. And, yes, it does still itch three days later… – to quote Alf Wainwright who also once got stung by a wasp – “Ouch, the little beggar…” 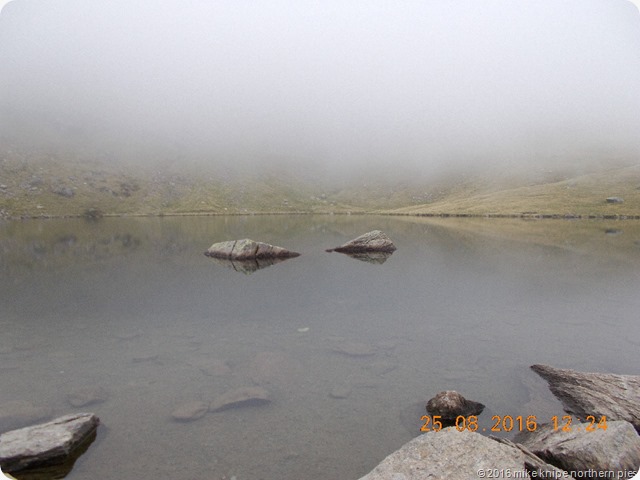 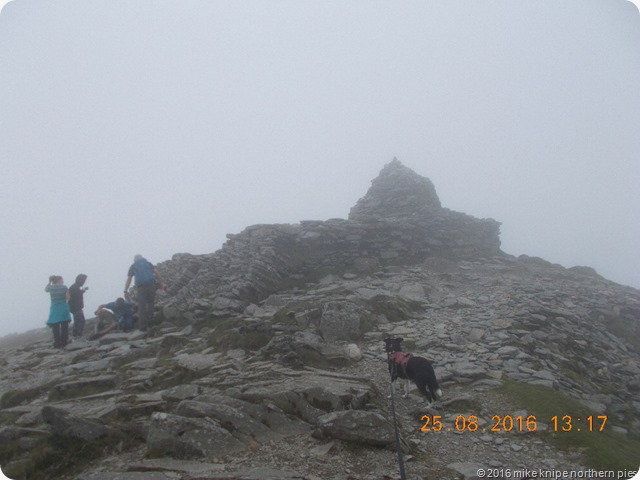 Having scored a bag rather quickly, we began our climb up into the hill-fog of Coniston Old Man who’s summit was occupied by quite a lot of wasps and a few walkers. We lunched a bit out of the way. A few wasps investigating our butties died sudden and brutal deaths. 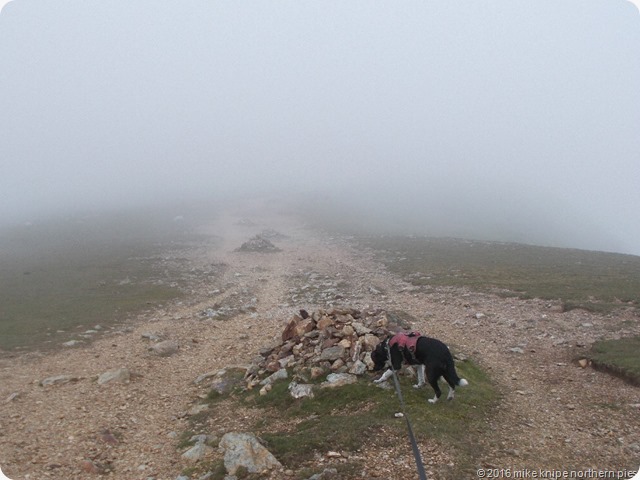 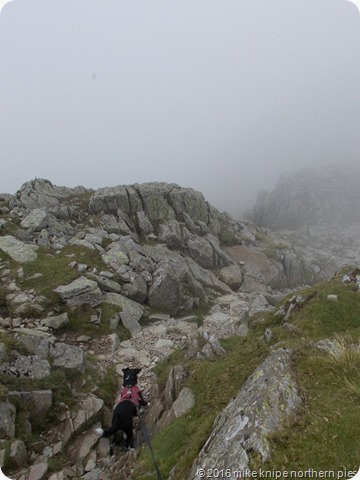 The path over to Swirl How over Brim Fell is easy to follow in the fog, as is the steep descent to Swirl Haws, the pass between Swirl How and Wetherlam. We avoided the summit of Wetherlam by turning sharp right for the top of Black Sails, where the fog cleared for a bit. 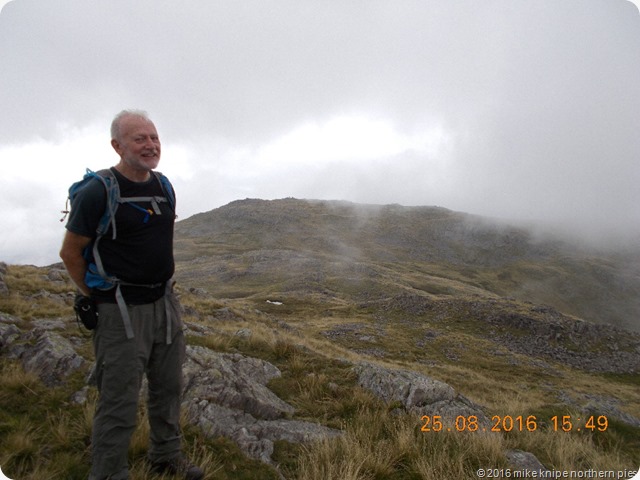 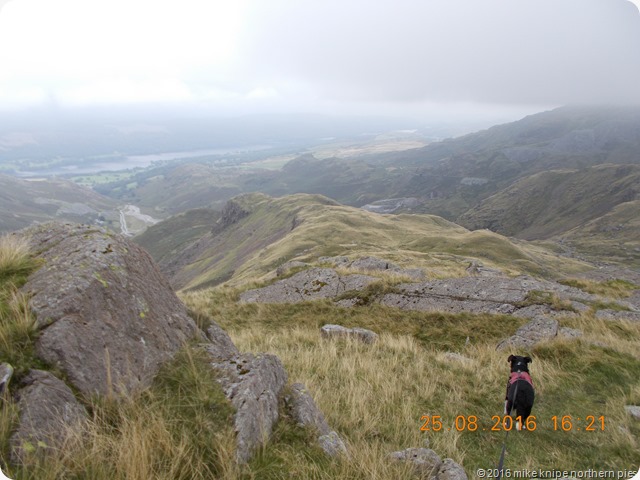 And then, the descent of the South ridge of Black Sails is a romp and a delight, with a narrow path weaving an interesting and complex way through small crags and around nobbly..er… nobbles, one of which had an odd little cairn and turned out to be Synge target number two –Erin Crag. The easy downhill romp continued to a final nobble overlooking the Coppermines Valley – Kennel Crag. 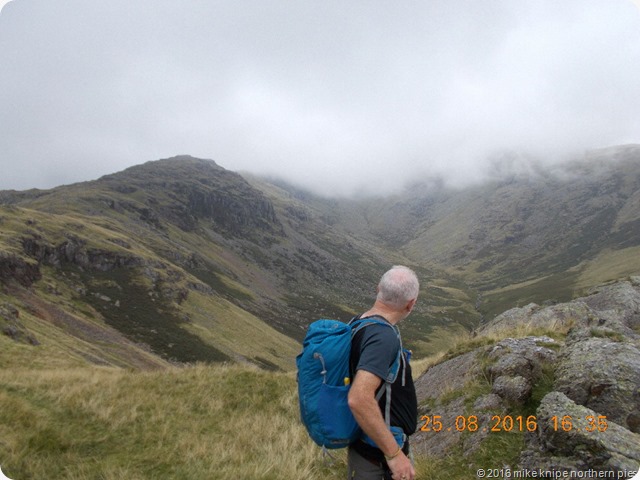 Our return was via Levers Water where, apparently, an old bloke with a beard had just finished a dip (outrageous!) and then by the Boulder Valley back to the knipemobile which was exactly where we’d left it. 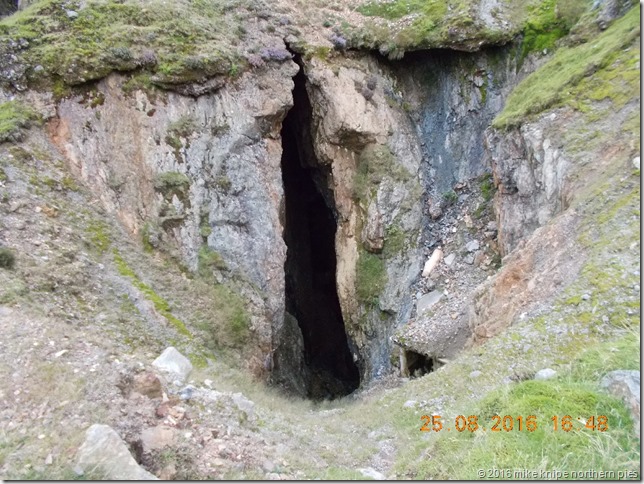 Lots of contours on this walk – 3200 feet of them and in just 8 miles. LTD’s tally of new bags were these: The Bell, Coniston Old Man, Brim Fell, Little How Crags, Great How Crags, Swirl How, Black Sails, Erin Crag and Kennel Crag, bringing his grand total up to 365 hills according to the www.hill-bagging.co.uk website. He’s doing quite well, I think. 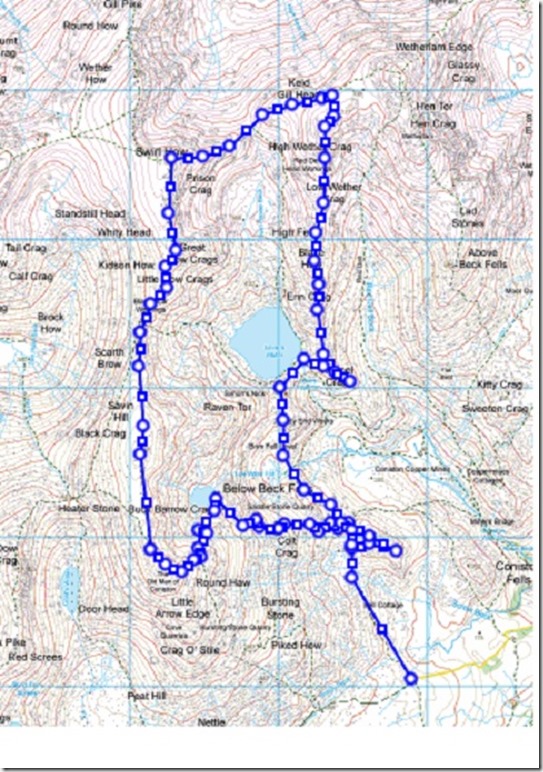 That is a nice walk Mike, in a lovely area too.

Your post made it sound an easy walk when I know it's quite challenging. Well done that man.