Pennine Way Middleton to Baldersdale and back 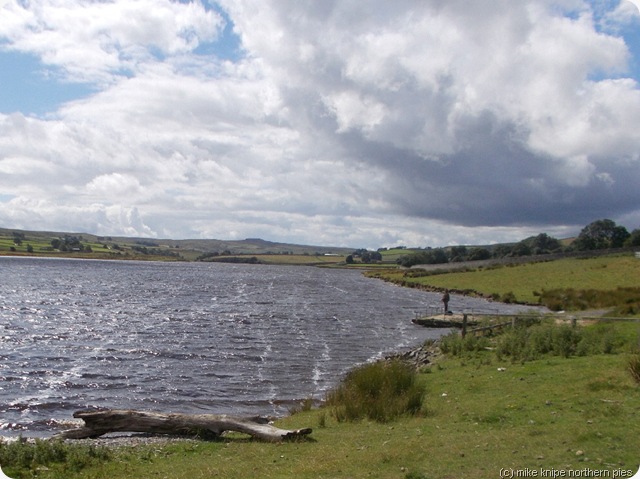 This is the second time that this walk has appeared on the Durham County Council guided walks programme, as part of a series of rambles aimed at completing the part of the Pennine Way that lies in County Durham.

I did the reccy about a week ago – just before I went off to Wales, in fact, and, on the day – yesterday – just six people turned up at the Outdoor Centre in Middleton in Teesdale and these, plus the steward David (who shall be this walk’s Compulsory Dave), made up the eight-strong party for the walk. 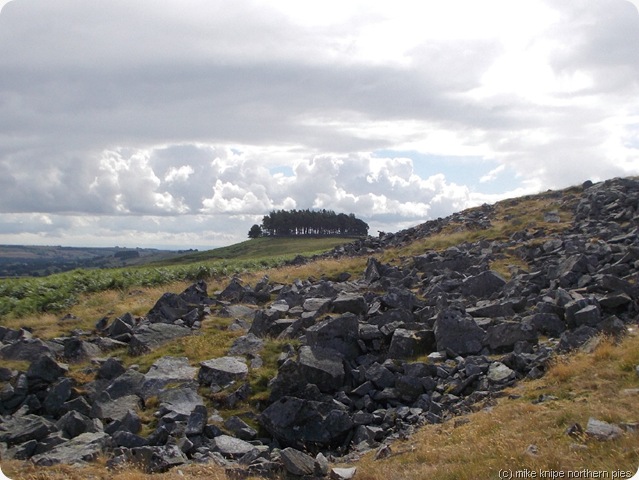 This is quite a good number for a walk, as it happens since it’s easy to notice if somebody’s gone missing, or has been attacked by a bull or has otherwise gone down with Trekkers Trots, Rambler’s Rash or, indeed, the more unusual LDP Limp. 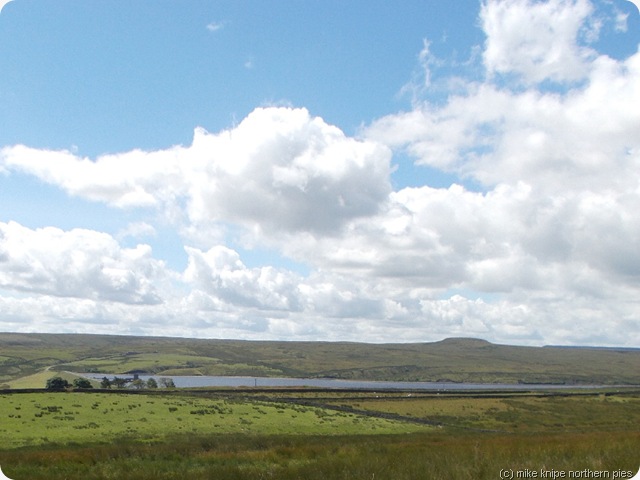 I’ll just post a few pics. Both days were reasonable weather for walking, although the Sunday had a couple of breezy showers. Other than that, noit much really happened. On the reccy I had a long, long chat with a farmer who clearly needed to talk to somebody who didn’t moo or bark and we covered such common interest subjects as the dry spell, how the hay had suddenly shot up, the plague of horseflies and their effect on anybody who had a horse, the water levels in the reservoir, the vulnerability of Todmordon and Skipton to sudden summer floods and how much the dry-stone waller working up the fields a way might be getting paid. 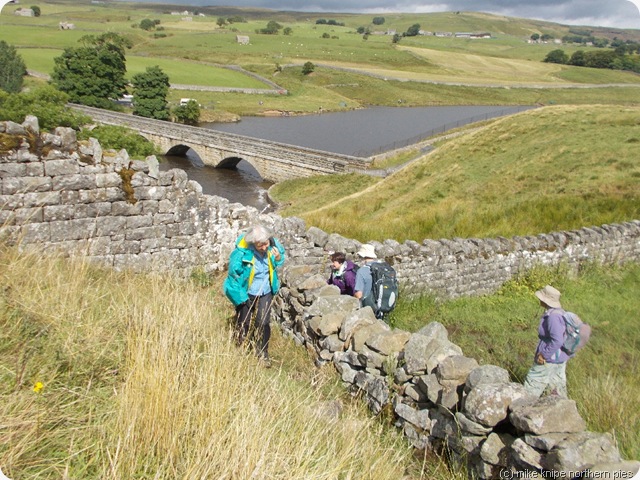 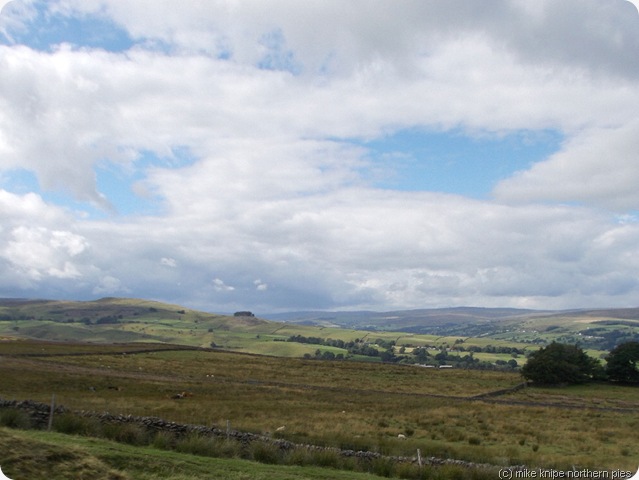 The most exciting thing on the actual walk was the bull that had tried and failed to face us down last year, was now romantically and fairly energetically engaged with a “friend” to show much interest in us.  Any photographs of this activity would have had to have some kind of adult guidance, so none were taken. He must be a very proud bull, though. 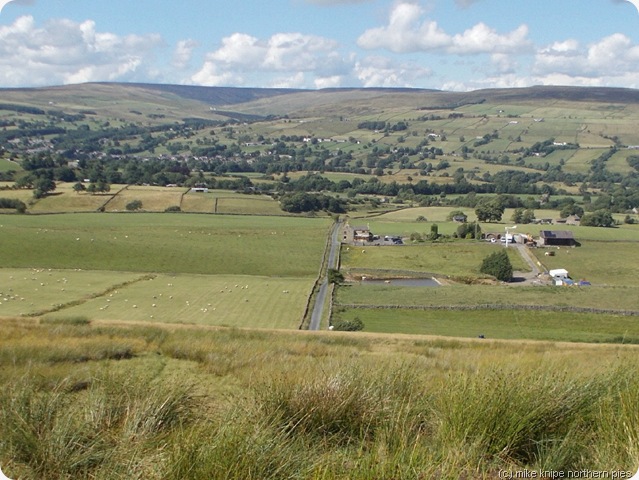 There’s a map below for anybody who feels like wandering around the route. Its fairly easy to follow and just a bit rough and boggy over Romaldkirk Moor. Go now for a fine crop of raspberries on the Teesdale railway line, or a bit later if you’re a fan of brambles (as I am, and since there seems to be no sloes this year, I think I might try some blackberry gin. I mean, what could go wrong…? 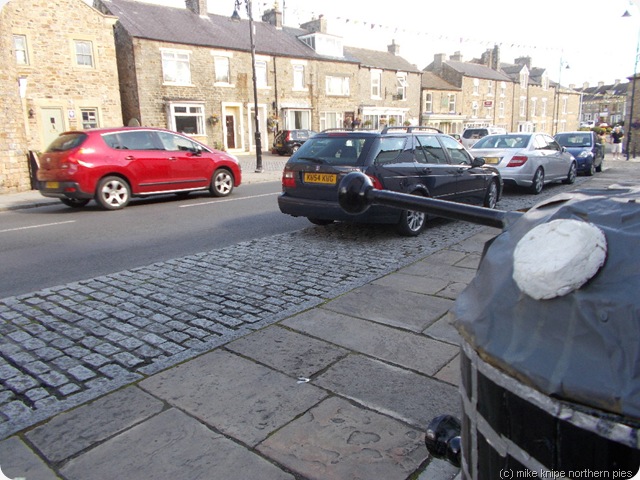 Incidentally, if you’re thinking of parking badly in Middleton in Teesdale, watch out for this traffic warden. He’s a nightmare, apparently…. no tickets, though, just extermination…. Happily, he’s not too bright. he asked me if I knew where the doctor lived. I think that’s what he said, anyway… 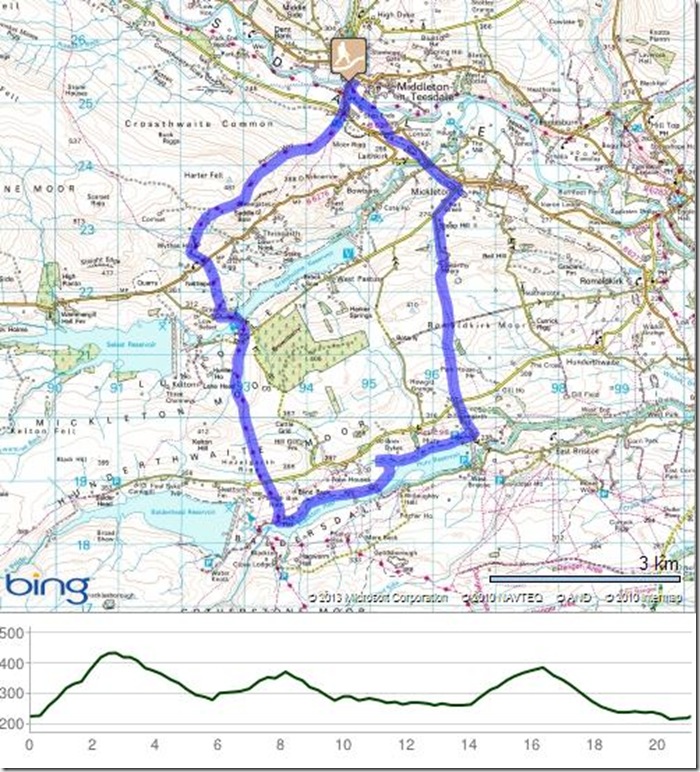 Some lovely scenery there Mike.

Never had gamblers rash but I once had to abort a walk with a badly twisted map!

Ramblers gash can be pretty unpleasant too, I understand....