There may be trouble ahead…… 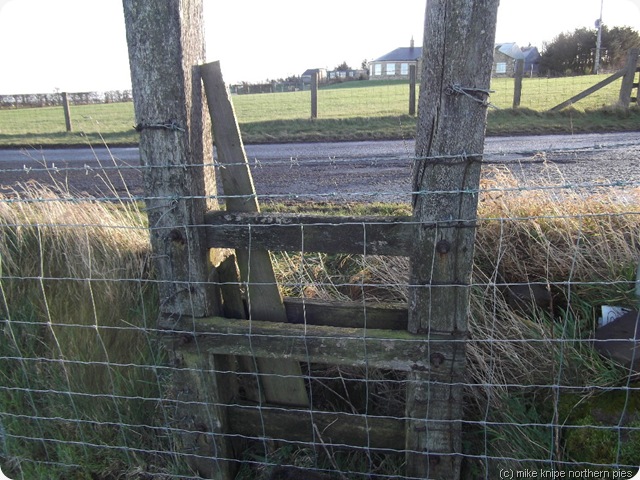 New wire across a stile on footpath 20

Oh dear oh dear oh dear….  what have we here? ( I like to sound like a traffic warden every now and then…) A blocked path. A path barricaded off with barbed wire. Tsk Tsk. I couldn’t get across. I wouldn’t allow Superdawg to even try, remembering the damage done to Mr Sloman’s hand back when we  did some Peebles to Moffat walking - and not wanting any similar brutality to Bruno’s naughty parts. So we diverted. 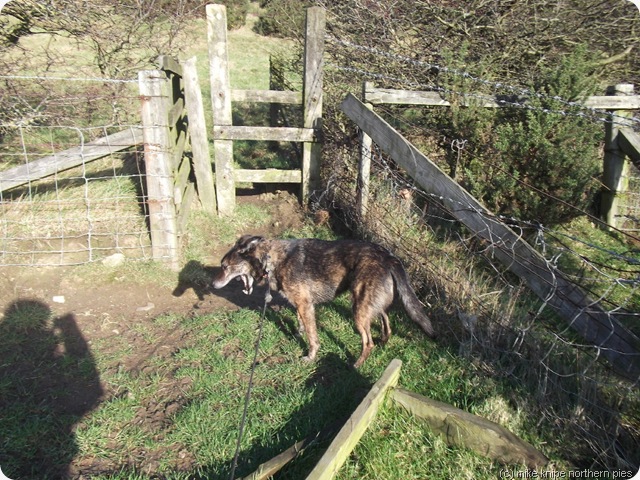 Bruno expresses his feelings at a derelict stile on footpath 25

This is Footpath number 20 in the parish of Crook and Willington and today was my adopt-a-path walk around Crook, the purpose of which is to discover things just like this. There will be bother.  I’ll have another look at this in a few weeks to see if anything has happened. There’s always a chance that a local dog walker will discover that he’s left wire clippers in his pocket…  In the meantime, I’ve told the rights of way peeps at the council. I expect they’ll have a word. These things can get a bit routine if nobody does anything naughty. So, I’m chuffed in a smug petty-official kind of way. It would be more than my jobs worth to let it pass, had I not been a volunteer, that is…. 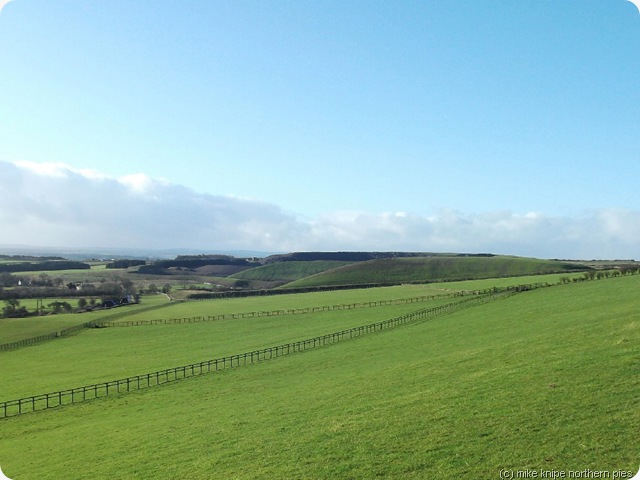 Our new open cast coal mine

It was a really nice day for this type of thing today, though, and I expect that the farmer was just about to reinstate the stile anyway… (koff)

Yes, there were blue skies a frozen crust on the muddy bits and a thin, slicing kind of wind blowing off the Pennines, which seem to have suddenly turned white. This is good, because I have to do a Reccy at the top of Weardale this week and a play in the white stuff would be nice. 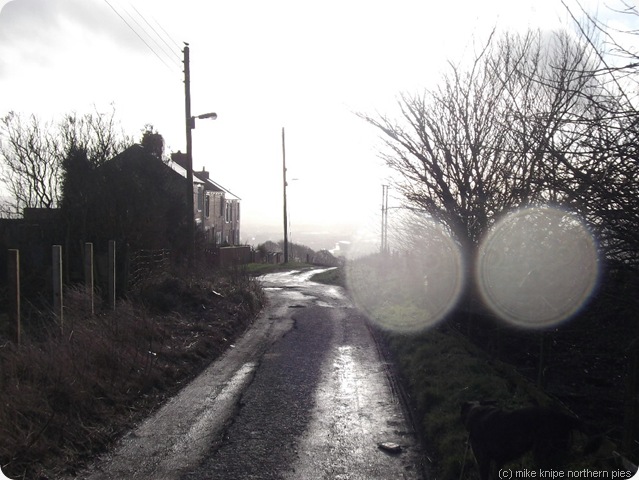 A squall with snowflakes on the lens.

There’s some other stiles falling to bits. Same as last time, but a bit more so. Two stiles have received some TLC by the look of them and, towards the end of the walk, there was a brief but lively snow shower.

The walk is about 5 miles and links 3 footpaths and 4 bridleways in a circular walk. The bridleways are always open due to use by local racing stables  kids on bikes and dog walkers. The paths all have stiles which have been made from mining timbers dating to the 1960’s and , mostly, they’re not in good condition. many of the paths have been open casted in the past – some are currently being dug up again. And they put one back in the wrong place……. dhuhh….

let me know when you do weardale! weather permitting of course!
louise

I think a local dog-walker would be justified in suddenly finding a pair of wirecutters and before he knew what was happening found himself rendering that stile useable again.

I think what you describe as "snow on the lens" are actually portals in space/time which could have transported you and Bruno to hitherto unexplored and alien worlds had you been paying attention.

The Council could have put a brown sign up. They'd have been thrilled to bits.

Louise - I provisionally got Cowshill - Blackhill - Ireshopeburn in for Friday, though any day before Monday would be OK...
Dan - How is the bear? The stile wants new footboards as well. Although... it could certainly be made easier quite easily...
Peter - The man from NASA (who's cover is working at the Co-op in Crook) told me to say they were snowflakes. We all know what they are, really. Strangely enough his name really is Ziggy Stardust. He has it on his badge.

Mike - where does one volunteer for this sort of thing? England Expects and all that...

Mark - In Co.Durham there's a Voluntary Countryside Range service organised by the County Council. Other Counties may have countryside services which do the same or similar things. I think National parks do it too.... thats where you go.

Well spotted, and I guess this is where the volunteer path warden bit comes into it's own. A group of people each policing a selection of paths means this kind of thing can be resolved easily and quickly. In our area, this is done on a Parish by Parish basis by a local person (like me) so we only have a few miles each to monitor - easy!

OK, down here in rural Northants we don't get too many visiting walkers. But any that do come should be fairly confident that any paths they tackle are in good order and passable - all you can ask for, really.

I am a first time visitor to your blog.

Good for you on reporting it, there's nothing more annoying than finding a blocked off stile.

Personally I would have returned with the tin snips but I suppose it's better to go through the proper channels.

You sound like me "All I do is walk".

Very naughty, Jules. Or possibly a bit casual with the wire....? Anyway, whatever, us volunteers will put a stop to stuff like this..
Welcome Bill. I hope you enjoy the dribblings in the pie blog. I'll be keeping an eye on the wire. If I cut it, it might just get mended, but if the County Council point out the legal position he's in by blocking a highway, it might stay open once he's cut the wire himself and lamb-proofed the stile by more legal means...